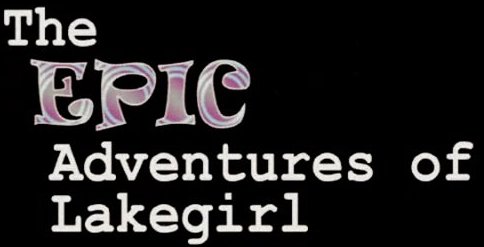 On November 19, 2011 I had the privilege to interview Ms. Marjorie Roden, an independent Canadian filmmaker from Winnipeg. Ms. Roden is the producer, writer and director of an exciting “indie” film entitled “The Epic Adventures of Lake Girl”.

“Lake Girl” focuses on saving Lake Winnipeg after the plight of years from abuse by humankind. Now threatened for it’s very survival, this precious natural resource is the central theme around which the story arc of the movie revolves. 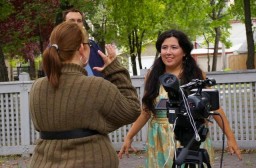 A recent graduate of the Academy of Acting a division of The Academy of Broadcasting in Canada, Ms. Roden has been involved with previously productions featured at the “Gimli Film Festival” where she began the journey to produce an independent film on little or no budget.

During her exclusive interview with Ms. Roden, she shared the trials and travails of creating a meaningful modern film within a story arc showcasing the challenge of raising public awareness about humankind’s patterns of development often at the expense of the environment. 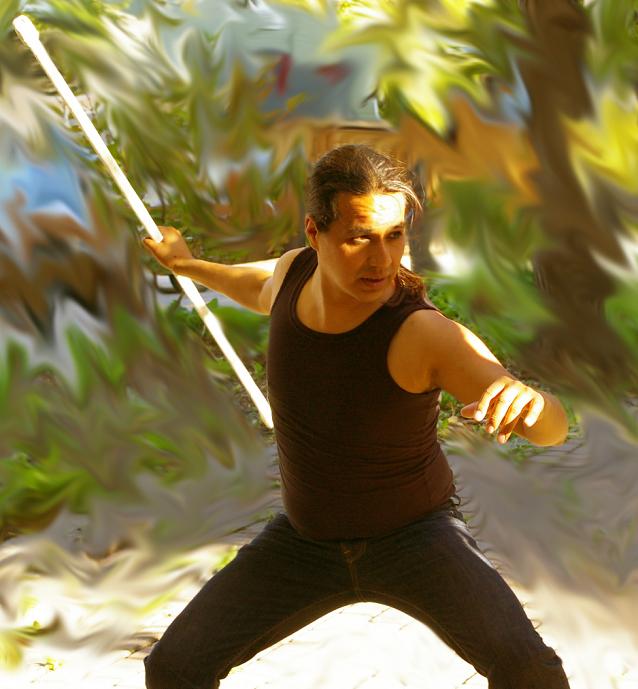 “The Epic Adventures of Lake Girl” employs an exciting science fiction story revolving around the scientific fact of the damage being done to the environment in Canada, especially those damages being done to Lake Winnipeg. Included in the film is a documentary portion, where one of the lead characters interviews a local real-life fisherman, Robert T. Kristjanson, who has been an advocate to bring attention to the problems that have been building in the lake, with the hopes of doing something about reversing them. The fictional side of the story revolves around two orphaned children, Carlina and Tyson, with out-of-this world abilities who grow up in the fishing community of Gimli, Manitoba, predestined to protect Lake Winnipeg from an intergalactic water heist.

Now in post production, “The Epic Adventures of Lake Girl” is planned for release in early 2012 and will be featured at several film festivals throughout Canada and the United States.

In addition to our interview, included below are two promotional trailers courtesy of “Farmgirl in the City Productions” as well as an insightful behind the scenes featurette, the artists statement and official press release about creating, producing, writing and directing the independent film “The Epic Adventures of Lake Girl”.

The feature length premiere of independent filmmaker Marjorie Roden, “The Epic Adventuires of Lakegirl” tells the story of two orphaned children with huge responsibilities in their futures.

The production was shot in Winnipeg, Manitoba and Gimli, Manitoba, starting in June 2011 and wrapping principal photography in September 2011. The local cast and crew were all volunteers, which made the production a true “labour of love”.

The approach to “The Epic Adventures of Lakegirl” is to create an exciting science fiction story revolving around the scientific fact of the damage being done to the environment in Canada, especially those damages being done to Lake Winnipeg. Included in the film is a documentary portion, where one of the lead characters interviews a local real-life fisherman, Robert T. Kristjanson, who has been an advocate to bring attention to the problems that have been building in the lake, with the hopes of doing something about reversing them.

The fictional side of the story revolves around two orphaned children, Carlina and Tyson, with out-of-this world abilities who grow up in the fishing community of Gimli, Manitoba, predestined to protect Lake Winnipeg from an intergalactic water heist. These roles are played by writer/director Marjorie Roden and Shaylyn Gimby. Also featured in this film are A.J. McCulloch, Drew Johnson, Nic Van Roon, Muriel Flett, Simon Moccasin and Brady “Beemer” Wolfgram.

Roden, who wrote, produced, edited, and directed “The Epic Adventures of Lakegirl”, is no stranger to the film scene, having premiered her first short film, “The Colt Girls” at the Winnipeg Aboriginal Film Festival in 2009. She has studied various aspects of film and video production through courses at SIAST Woodland Campus, SIAST Wascana Campus, the Winnipeg Film Group, Film Training Manitoba, and the National Screen Institute of Canad through their “New Voices” program in the summer of 2008. She also graduated from the Academy of Acting, a division of the Academy of Broadcasting, in June 2011, successfully completing the eight month Acting for Film and Television program.

Also Starring (in order of appearance):

Artist’s statement about the movie: The Epic Adventures of Lakegirl

All in all, this is a movie that should never have been made.

Granted, that is an awful thing for a filmmaker to say, but a lot of things happened with this movie, during its production, that should have stopped it in its tracks. Initially, the plan for “Lakegirl” was to make it as a web series, and so when production started, that was what was in mind. It was small-budget with the plan for a couple of the actors to provide the usage of their handycams to shoot it with. A friend of mine from Minnesota asked if her four year old son could have the child role in it, so I agreed to this. 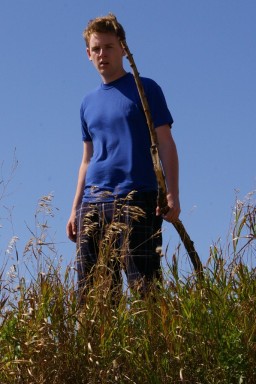 Then, the two actors who had agreed to provide their handycams both decided to drop out. I was in a panic, as my friend had left that morning to come up for the shoot the next day, but tried to stay calm. At the time I was still a student at the Academy of Broadcasting in their Acting for Film & Television program, so I went over to the video broadcasting side of the school, asking if any of the students there would be willing to shoot it on one of the school’s cameras for me. Luckily, one of the students, Cherese Van Der Berg, said yes. After reading the script, she asked me what I had planned for a scene where one of the main characters, as a baby, is introduced in the story. I told her I’d planned on bundling up a blanket and calling that the “baby”, to which she offered up the usage of her 3 month old daughter Charley.

I was practically in tears, because not only did I get an awesome videographer (who wound up becoming my Director of Photography and co-director when I was acting) as well as a live baby to use, but also, the camera we got to use for the majority of the shoots was a professional grade HD camera.

Then, on the day when we actually did start shooting, one of my actors who had said he would be there did not show up at all. I found out later it was a family emergency, and that in the rush of everything, he’d forgotten about the film until that night when he got home. Still, I was in a bit of a bind, as he was the man cast to play the part of the main character’s father. As good luck would have it, a friend of mine who I’d been working with in a stageplay at school, Nic Van Roon, called me up on my cel and asked if there were any roles open. I told him YES and within half an hour, he was on set. I had a copy of the script, told him which role he was cast as, and gave him 15 minutes to look over the lines for the first scene we were going to shoot, that being outdoors by an open garage door. He read over the lines, met up with the other actors in the scene (those being A.J. McCulloch, Brady “Beemer” Wolfgram, and Alexander Woodhouse) and we shot the scene in about an hour and a half to two hours.

The “making of” story of this movie goes along those lines, as things that should have been roadblocks wound up leading to bigger and better things for the project. Everything snowballed to the point where people told me “this is not a web series, this is a movie!” so I wrote an expanded script, and the rest, as they say, is history.

If you would like more information on this film or an interview with Ms Roden, please contact Marjorie Roden directly on Twitter, or by e-mail at mdlroden@gmail.com

Or as many of our readers and visitors often do, visit WHR on Twitter,  or visit me on Twitter by clicking the text links or images avatars in this news story. I and the WHR team look forward to will Seeing You on The Other Side“!

Comment (1) on “The Epic Adventures of Lake Girl: Interview with Marjorie Roden – A World of Indie Film Making Insights!”