Chuck Versus The Beard 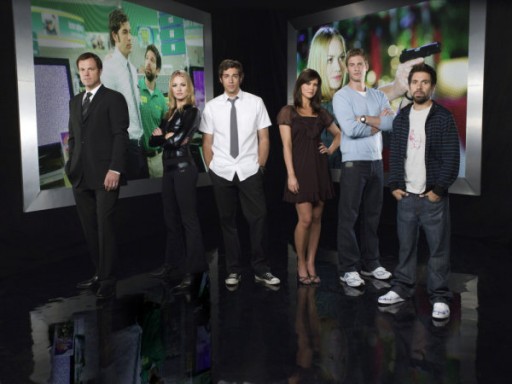 missed it or want to catch up.

Chuck arrives at Castle to find Shaw, Casey, and Sarah working on the next top-level assignment: they’ve received intelligence that The Ring is planning to turn a CIA agent against them–but they don’t know which agent it will be.

They hand Chuck a file with photos of potential targets, but he doesn’t flash on any of them. They’re all concerned: Chuck hasn’t flashed in over a week. It’s a problem, Shaw explains. Chuck is benc

Chuck thinks his inability to flash is because he’s too emotionally wrought. He needs to talk, but he can’t confide in Shaw and Sarah. He calls Awesome, who is off enjoying a quick getaway in Malibu with Ellie. Awesome explains to Chuck that he can’t help. “I went on vacation to get away from your spy life, Chuck.” At Buy More, Morgan calls Chuck into his “office” for a disciplinary conversation. He explains to Chuck that his recent breakup with Hannah caused her to quit, costing the store a valuable employee. He encourages Chuck to open up; true best friends would tell each other what’s really going on, he explains. Chuck struggles, but he simply can’t reveal his secret life to Morgan. Frustrated and hurt, Morgan fires Chuck as his best friend. 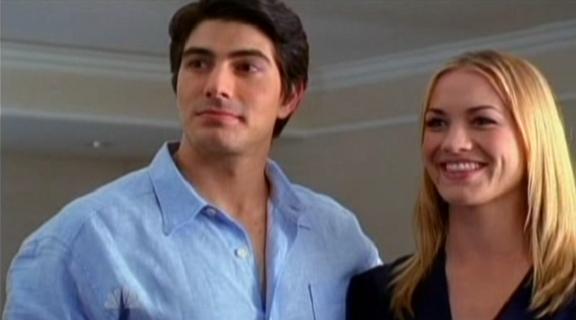 Chuck returns to Castle, but he still can’t flash. He begs to go along on the mission, but Shaw is firm: he’s to remain behind at the base. Shaw and Sarah pose as a married couple at the Malibu Vista hotel–the location from where The Ring will try to contact the potential double agent. Chuck remains at Castle, trying to flash, with no luck. Outside the hotel, Casey intercepts a call from The Ring, identifying the physical characteristics of their double-agent target. It appears they’ve identified a well-built man lounging by the pool–it’s Captain Awesome! 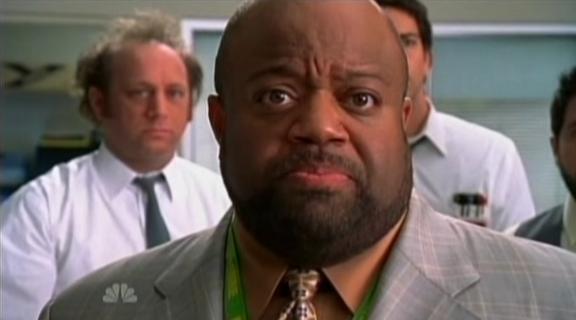 Big Mike emerges from his office, glad-handing a team of prospective buyers of the store. After they leave, he explains the grave situation to Jeff, Lester, and Chuck: the new owners plan to interview every employee and fire everyone who’s not essential. 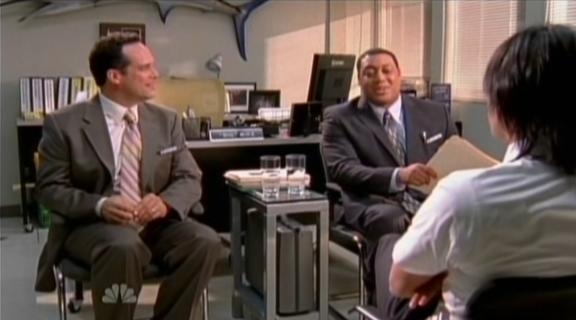 As a team of inspectors goes over every inch of the place, the two would-be buyers begin grilling everyone individually. They press Chuck on why a Stanford grad would be working at Buy More–and why he isn’t the assistant manager. “Because they’ve already got the right man for that job, Morgan Grimes,” he says, defending his best friend. 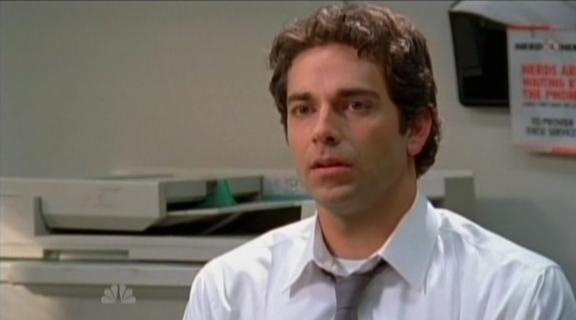 After interviewing Chuck, the “buyers” meet in private. They’re actually Ring agents, who have identified Chuck as CIA agent Charles Carmichael. They turn next to finding Shaw’s secret Castle entrance from Buy More. Lester overhears them talking, including their plan to terminate the rest of the employees. 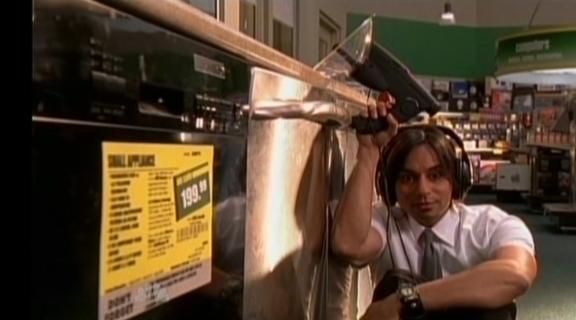 Morgan, hiding in the employee break room, watches in astonishment as The Ring operatives begin searching for signs of a passage to the CIA base (Castle). Using a scanning device and an electronic lock-picker, they discover the entrance behind a bank of lockers. Morgan waits as the operatives enter the passageway, and then follows them inside. 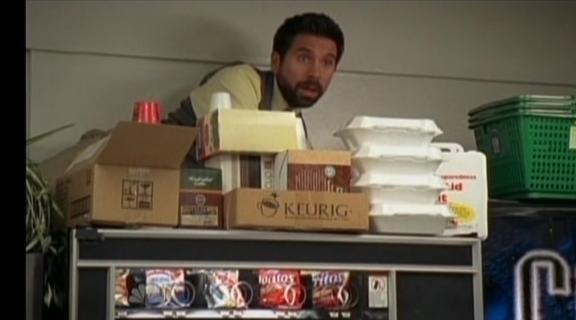 Shaw and Sarah spring into action, intercepting Awesome and explaining that he and Ellie are in danger. Casey bursts into the hotel room of The Ring operative only to discover they’ve been set up. The intercepted call came for a recorder–they’ve been thrown off the trail with false intelligence. They apologize to Awesome and head back to Castle. 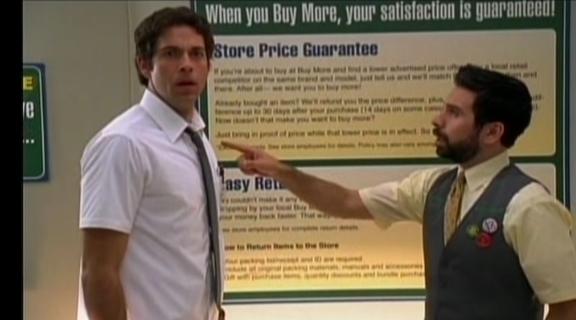 Morgan returns to the store, bursting with excitement. He finds Chuck and reveals his discovery. Chuck knows the cat is out of the bag. Morgan suggests they call the police–but The Ring has blocked all communications in and out of the store. Morgan says they should act on their own. Chuck reluctantly agrees, but only if Morgan will help him clear everyone out of the store first and promise not to tell anyone what’s happened. 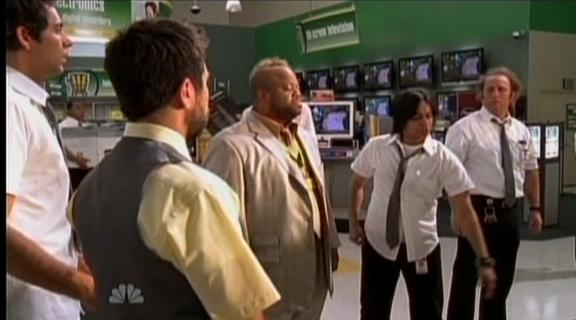 Big Mike and the rest of the Buy More staff have launched a protest. They’re locking themselves inside the store as a protest to the imminent layoffs. It’s a scene from a ’60s protest, with barricades, flags, and music. 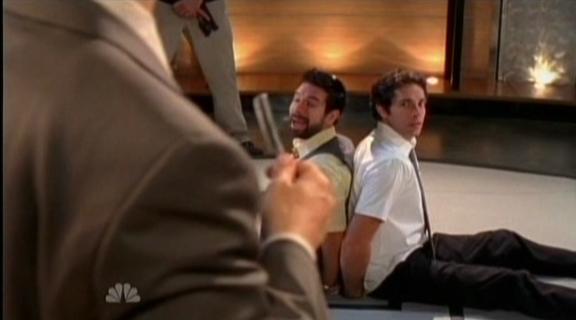 As they debate their assault on Castle’s intruders, Chuck and Morgan are captured and taken downstairs for interrogation. The Ring goons can’t find Shaw’s secret files on the mainframe computers, so they turn to Chuck and Morgan. Chuck denies being a spy. 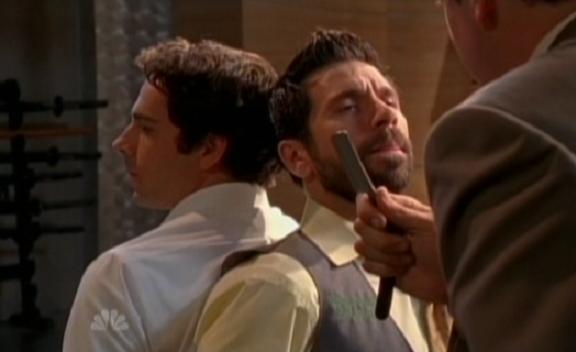 But as The Ring operatives threaten Morgan with a straight razor, Chuck comes clean. “The truth is… I’m a spy, buddy.” He explains to Morgan how he’s wanted to tell him for a long time, but that he had to protect him. Morgan is overjoyed. “You’re officially rehired as my best friend.” Chuck goes on to explain the whole sordid story of how he became involved in the spy trade. 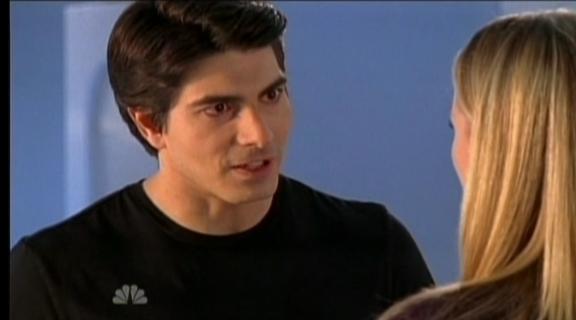 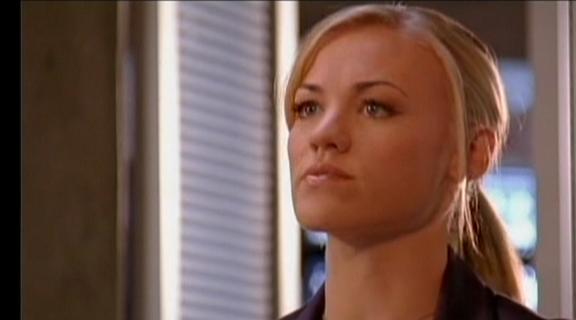 . Casey tries to enter from the Buy More, but is stopped at the door. The employees have barricaded the entrance and quickly pelt him with Nerf bullets–until he decides to join their cause. As Jeffster! Performing a spirited version of CCR’s “Fortunate Son,” Casey sneaks to the break room and tries unsuccessfully to access the secret passage. 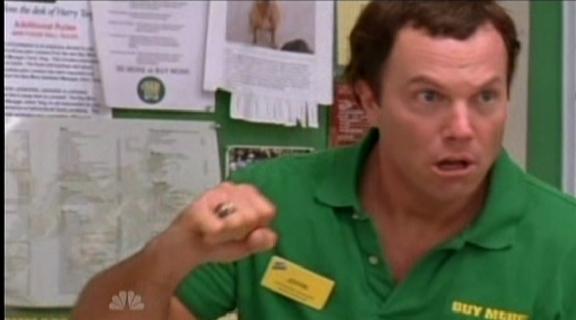 Faced with infiltration of Castle by The Ring, Shaw makes a hard choice. He wants to call Langley (CIA headquarters) for authorization to activate the Castle self-destruct mechanism. Sarah protests, begging for five more minutes so that Chuck can save the base–and himself. 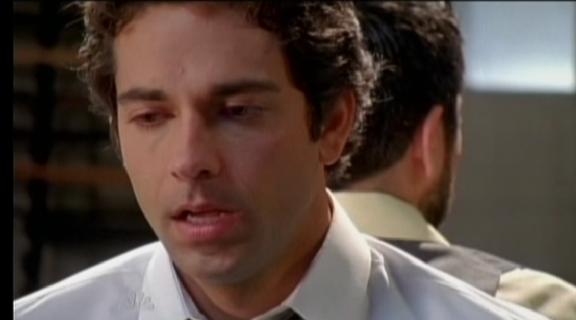 Strapped back-to-back with Morgan, Chuck empties his heart to his friend, confessing, among other things, that he really does love Sarah. 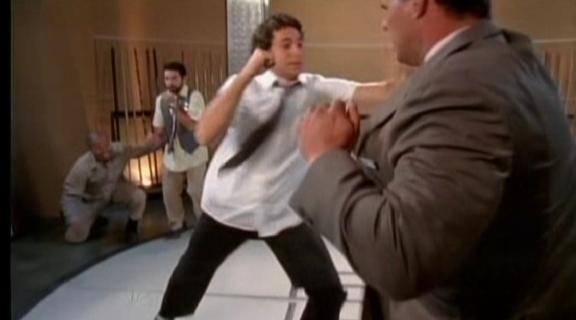 Suddenly relieved of the emotional burden, Chuck immediately flashes, unleashing a vicious kung fu attack on all The Ring goons simultaneously, waylaying them. Morgan even joins in the action, taking out the leader with a wooden sword. 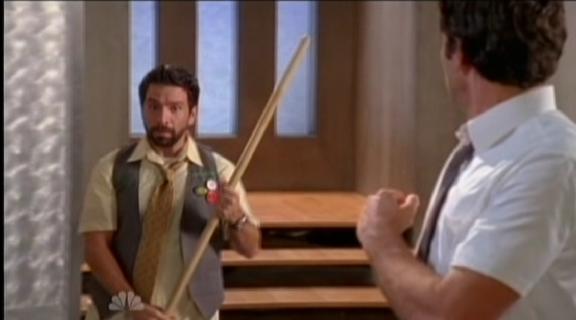 Shaw has no choice. As he connects to Langley for final authorization to destroy the base and all those inside it, the door to Castle opens. From out of the smoke, a victorious Chuck and Morgan emerge. 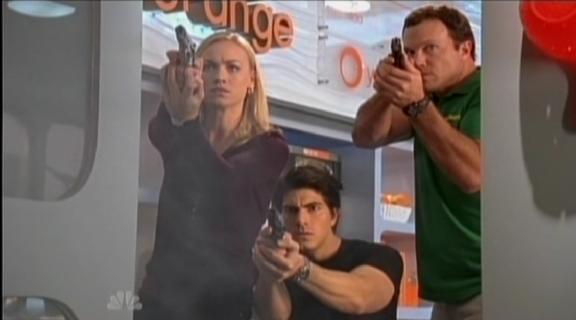 With order restored, Shaw explains to Chuck that Morgan will have to be placed in witness protection. Casey agrees, Morgan has not earned their trust. Chuck pushes back. “I have 22 reasons why we can trust him. That’s how many years he’s been my best friend.” Sarah agrees. Chuck presents it as an ultimatum: he needs his best friend if he’s to continue being able to flash. Reluctantly, Shaw goes along with the plan. 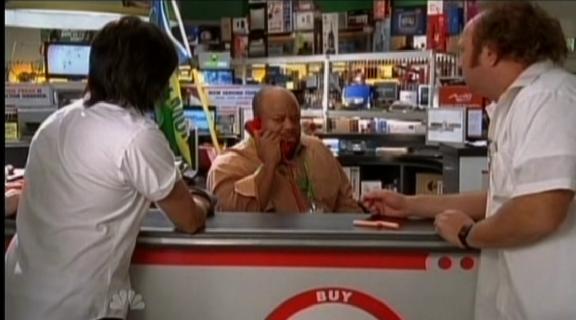 A dejected Big Mike waits at the Nerd Herd desk to learn the fate of the store. 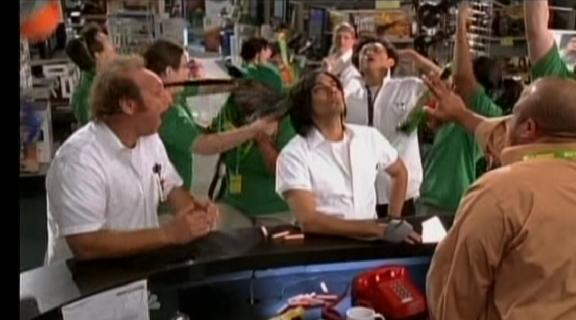 Shaw, posing as a Buy More corporate executive, calls to explain that the performance of Big Mike’s team was inspirational. The entire Buy More team celebrates. 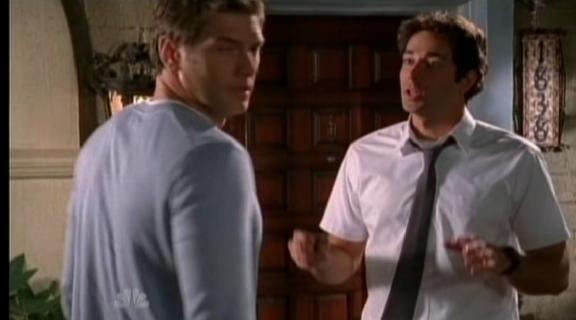 A nervous Awesome confronts Chuck. The experience of being used as a decoy has frightened him. But Chuck explains they’re doing everything to protect him and Ellie. Still nervous, Awesome heads inside and announces to Ellie that he wants them to move to Africa, for a stint with Doctors without Borders. 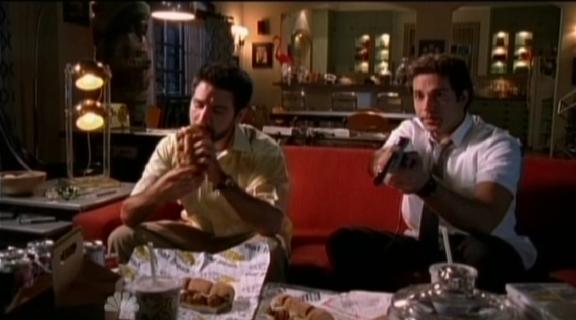 Chuck and Morgan settle in for a night of video gaming and sandwiches; all is right with their new world.

Preview:  “Chuck Versus The Tic Tac”

Casey goes on a rogue mission for Colonel Keller–and Chuck and Sarah must save him from himself. More Chuck soon!