I am excited about this episode, it was a great one and I am hoping that we do get a second season. It is so great to see Aaron Ashmore back on TV again after his turn in Warehouse 13 (another great sci-fi show cancelled way too soon). I really like his character of John Jaqobis he brings wonderful depth to the role.

The opening scene with D’Avin (Luke MacFarlane) fighting some monstrous hulk of a man was fun, his little quips are great. When he kicks the guy and he goes flying into a group of monks, he knocks over a cart, containing weapons. D’Avin picks one up and scolds the monk about transporting weapons and the monks response is pure Shakespeare…literally.

Hamlet to be exact, the quote is very similar to the one that Hamlet recites in his famous To Be or Not to Be soliloquy, the monk says “you of all people should understand what it means to take up arms for something you believe in?”

The quote from Hamlet is “Or to take Arms against a Sea of troubles, And by opposing end them.” Similar sentiment but no less powerful. I just love when modern shows infuse a bit or the Bard. 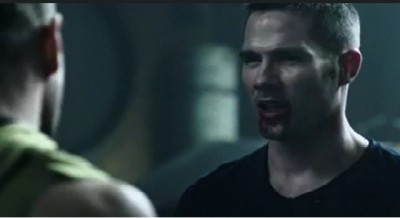 Seeing Dutch (Hannah John-Kamen) threw D’Avin for a loop considering the last time they were together. Wounds may heal, but the scars are still present and always will be. It was a great scene between them, the tension is clearly palpable, cutting it with a serrated knife would probably be best.

I love the scene with John and Dutch when they go and talk to Carlene. The machine they use to try and find Khlyen will hopefully track him down so that Dutch can finally exact her revenge on him. John’s comment about Khlyen’s brain waves being extra dickish was hilarious, it sounds like something Jinks (Ashmore’s character in Warehouse 13) would say. Connecting consciousness through the brain and neural waves?

It is experimental and risky…Sounds familiar? It should, the only difference is that in Fringe, Olivia (Anna Torv) went into a tank full of water, here Dutch is hooked up to transmitters, but the concept is the same. How many times did Olivia have to endure that in order to find the answer to what she was looking for? I am hoping that doing that in this episode was a sort of homage to Fringe…at least I think it is. 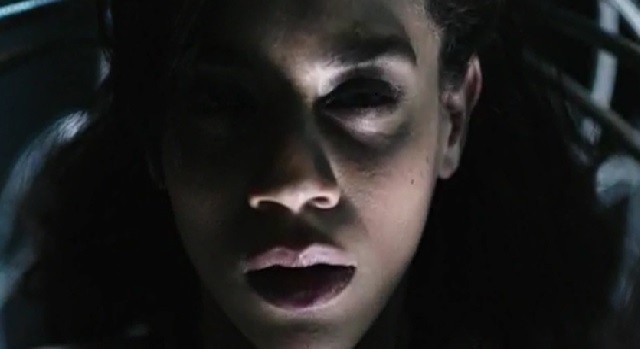 Connecting to Khlyen’s waves and seeing where he is and what her body is experiencing, more and more I thought of Fringe. I hate to compare both shows, but when you have a scene so similar to one that was present in the most significant episodes, it will always be in the forefront of my mind. I know that Olivia in Fringe was always the chosen one and Cortexiphan played a big role in her ability.

I am glad that D’Avin will be helping Dutch and John find Khlyen in the RAC, it makes sense that he would be a part of that, aren’t the higher upas always the most corrupt? I love the actor that plays Khlyen (Rob Stewart) who is great at playing a cocky, self centerd dickish guy. Even when he is being nice, there is an undercurrent of smarminess that is always present.

Characters like Khlyen’s are ones that start out as one thing but end up being more evil than you could possibly imagine. They use the innocence of children to gain their trust and then do things to them that are horrific and life altering, yet they think they are “helping” them. These kinds of villains are always so much fun to play, because you can tap into the darker side of yourself and really have fun with it. 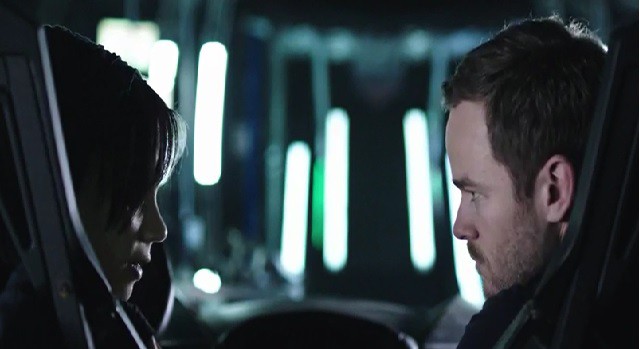 Really wonderful scene between Dutch and John when he is talking about meeting her for the first time. Dutch says that she does have one happy memory of Khlyen and that like it or not it is one of the things that shaped her to the woman she is now. It is a nice scene between them because John knows better, he knows that she is her own woman and that if Khlyen is responsible for anything “it’s the bruises” he says.

D’Avin’s bright idea to power fry the RAC is brilliant, while everyone is trying to figure out what went wrong and get everything running again, the team will be on their way to the 71st floor and Khlyen. Luke does such a great job of being the cocky loose canon smart ass, that you sometimes forget that he can be very resourceful and cunning. His love for his team is evident when he says that if caught he will say he acted alone. “Just take care of my little brother”-gotta love that, through all their trials and tribulations, family (blood and otherwise) is very important to him. 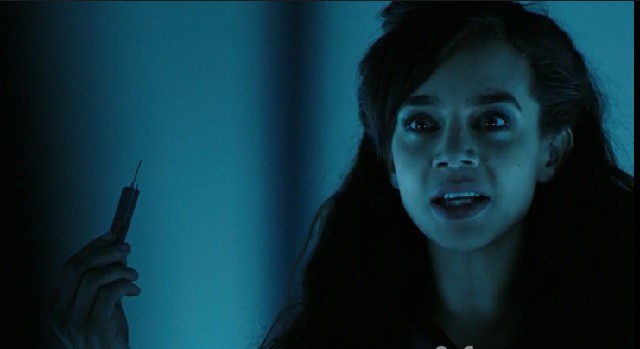 When Dutch finally faces Khlyen, of course the one thing he does is present her with a fighting stick and fight her. As he is trying to menatly throw her off, by saying things like he taught her better than that, it is typical of a guy like that to fight dirty, in every sense. I’ve always found fighting sticks to be an intimate way to best your opponent. The skill it takes, the mastery, the mentality to out wit your opponent. Much like boxing, it is a dance of sorts, a pas de deux of wood and sweat mixed with the occasional blood shed. After Khlyen defeats her, he offers her tea, which I find laughable, because of what tea normally represents. Calming, relaxation and peacefulness, not something you would find in the home of a mad man. 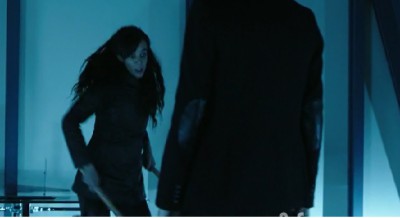 The interesting thing to me about men like Khlyen is that instead of doing their sinister killing on their own, they recruit others to do it and hide behind the mask of power when in actuality they are cowards. The only way to satisfy their self esteem is to control others and make them their puppets and brainwash them. Destroy their lives and feel no remorse whatsoever, take please in pain and watch the world burn while sipping on tea.

“They made you a victim, I made you a weapon” he may have though in his twisted mind that he was helping her when in fact he did the opposite, everything she was disappeared. Much like Olivia in Fringe, she was made as a weapon of destruction and she had power beyond anything. Her deception is well played and instead of shooting him like she had the chance, she left. She does stay behind and sends the boys off to safety. She has a plan and doesn’t want her “family’ involved or to get hurt. Silly girl, don’t you know that it’s the three of you, till the end? 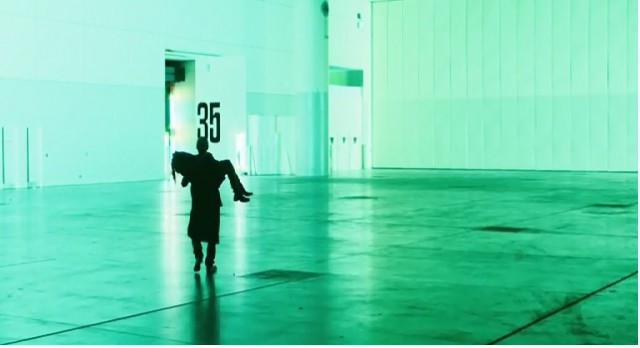 Her plan backfires and she is once again in he hands of Khlyen, who knows what will happen now. I just hope that the Jaqobis boys can find their way back to her and help get her back to where she belongs.
I am happy to report that Killjoys will be back for a second season. I am very happy to hear that we will have more adventures of our favorite trio. Well, I thought I’d end on a great note of the renewal. Hope you enjoyed this episode as I did and stay tuned for an even better Season 2.

Thank you for visiting WormholeRiders News Agency. And thanks to Kenn for video embedding and adding images for my report. I hope you have enjoyed my adventures at San Diego Comic-Con? See you at there at the San Diego Convention Center and surrounding venues!!

Warning: Invalid argument supplied for foreach() in /home/88/79/3027988/web/killjoys/wp-content/themes/albizia/includes/layout.php on line 67

Warning: Invalid argument supplied for foreach() in /home/88/79/3027988/web/killjoys/wp-content/themes/albizia/includes/layout.php on line 67