Was it just me, or was that one hot Killjoys opening scene between Dutch (Hannah John-Kamen) and D’Avin (Luke Macfarlane)?!

And we all knew it would end with Dutch the winner!

While Dutch, the victor, is sitting on D’av’s chest pinning him down, they get a call telling them that Khlyen’s (Rob Stewart) last transmission was sent to a prodigy school.

The Killjoys job is to escor

t the child prodigies (what Dutch refers as ‘small people’) to the school and to investigate.

They get to the quad and hit Pree’s (Thom Allison) bar looking for info on where to find one of the warrants/prodigies, Jake (Jack Fulton).

Thankfully, Sabine (Tori Anderson pictured below) points them in the right direction. 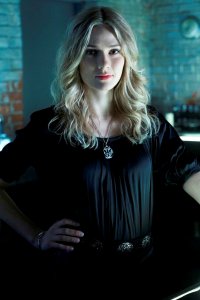 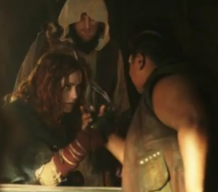 Johnny (Aaron Ashmore) has gone in search of Pawter (Sarah Power) and finds her arm wrestling a local in the Salt Plains. Pawter wins (When did Pawter turn into such a bada**?!).

Pawter’s winning prompts a marriage proposal which she has no interest in. Her only options become fight or wed. Johnny helps Pawter dodge the marriage bullet by starting a brawl and they escape.

When they reach a safe distance, Pawter explains to Johnny that the Company wants to build walls around every Westerly town. She goes on to describe that ‘the Company wants build a cage around this entire moon.’ 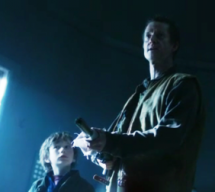 Dutch and D’av have fortunately found Jake. It turns out that some five years prior, Jakes older brother Olan (Ricardo Hoyos) was also taken as a prodigy. The father resists, stating the young boy still gets his letters mixed up.

He is no prodigy. But Jake says he’s going. He wants to find his older brother Olan and wonders if he’ll even remember him.

This leaves you wondering what the Company wants with these kids? 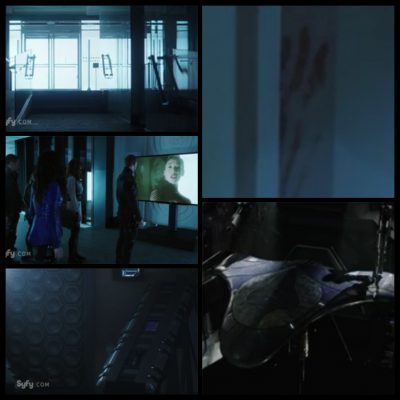 When they arrive at the prodigy school, there is no one around. Della Seyah Kendry (Mayko Nguyen) can then be heard over the monitor welcoming the prodigies. All of a sudden there are alarms sounding.

Dutch and Johnny discover of cryogenic pods and they’re empty. Kendry enters the room and asks them what they’ve done with the children. Johnny points everyone’s attention to a bloodied handprint smeared on the wall.

While Johnny is pointing out that he doesn’t think the kids left the pods willingly, Della Seyah locks down the Killjoys‘ ship, Lucy (Tamsen McDonough), and says no one is leaving until they find the children. The only other person with access to the children was Malta Chambers (Jane Johanson), a class guardian.

Johnny and Pawter investigate the pods. Pawter realizes the Company has been neuro-feeding the children in the pods. There’s some gooey mess left behind. Pawter later also discovers something more horrible in the cryo pods. Her gruesome discovery in the pods was DNA, proteins, and amino acids. She’d found what was left of the children. I lost hope of Jake ever seeing his brother, Olan, ever again.

Kendry thinks Chambers has done something to the children, but Chambers calls for Kendry to answer for her crimes.

Dutch decides they are going to use Kendry as bait to draw Chambers out. While Della Seyah is baiting, she and Dutch discuss what Dutch is really doing at the prodigy school. Khlyen’s last transmission from Red 17 was sent there. This transmission was what caused the surge and made the cryo pods malfunction. 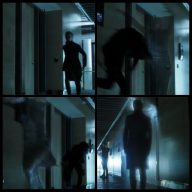 Chambers appears and the Killjoys move in, wondering why Chambers didn’t trip the sensors. She was a holograph! As D’Avin is being immobilized, Johnny runs to Pawter and tells her they’re heading back to Lucy and that Chambers is on the move. She tells him that’s impossible.

She has found Chambers DNA in the mix of goo in the pods; Chambers has been dead the entire time. But not all of the kids had been liquefied. Flash back to D’Avin and the prodigies and we learn Olan is alive. He grabs up Jake and runs into Lucy. I wish I could say he was all well. He turns off life support and says he’ll restore it when they release the docking clamps from Lucy.

While lack of life support is working its magic on Della Seyah, she confesses that the ‘prodigy program is a living human seed bank to protect all Qareshi’s culture and knowledge.’ 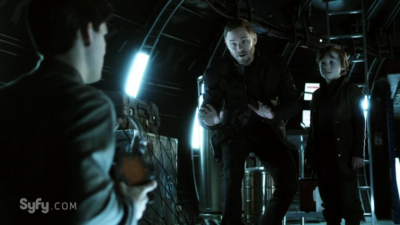 With Dutch and Kendry on their way to try and restore life support, Jake has let Johnny on to Lucy. Something is wrong with his brother.

D’Avin confirms that there was a massive amount of data sent prior to the pod malfunction. He thinks he knows where the huge amount of data went to. Now we know why there is something wrong with Olan.

We also learn that he had killed Chambers. He’d shoved Chambers into a pod when he’d awoken and thought she was trying to kill him, when she’d actually been trying to save him. 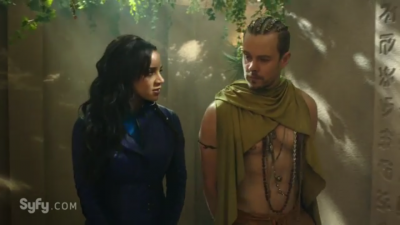 s transmission and caused the surge and pod malfunction may have been transmitted into Olan’s head. Johnny talks him down by telling him he’s being a shi**y big brother who left his little brother with a shi**y dad. That he can change that. Guilt did wonders for talking Olan off a Lucy blowing ledge.

Della Seyah agrees to let Dutch take Olan for now making them allies. And the Killjoys then deliver Olin and Jake to Alvis (yay for Morgan Kelly sighting!) to the Scarback Monastery on Leith for safe keeping. Dutch asks Alvis to help Olan unlock whatever was loaded into his head. 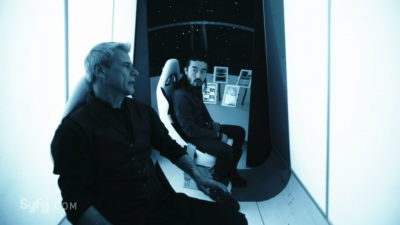 This episode ends with Fancy Lee (Sean Baek) waking Khylen from cryogenic sleep, and then going into warrior mode! (I may have liked this scene a little too much!)

He is swiftly and gracefully taking down everyone in his path. And then to two of them ride off in the sunset together.

Just kidding! But they do take off together to the Jacobe’s home planet to see if Khylen can find out why D’Avin is immune?

I can’t wait to see where this leads!! 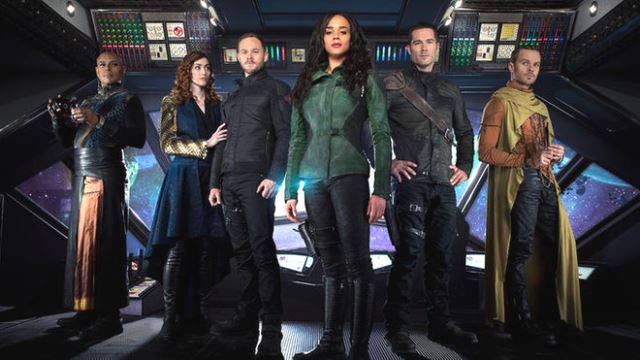 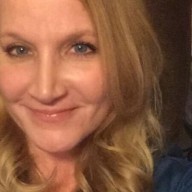 Comment (1) on “Killjoys: Schooled or Just Who is The Company’s Tool?”