Did you still feel sad about when Stargate SG-1 was canceled?  Were you upset when Paul McGillion’s character, Carson Beckett from Stargate Atlantis was killed? What about the Stargate Atlantis’ non-renewal?

Atlantis was terminated over two years ago, and yet, writer and Show Runner Joe Mallozzi is still fielding questions, critiques and negative rants from people who continue to be upset about the show’s end.  So, what’s up with that?

After all, it’s only a television show, right? Why are some fans getting so upset and bothered about the loss of their favourite character or show that they go out of their way to antagonize the show’s creators, writers, and actors?

What is going on here? Is it because we have easier access to these people as a result of the internet? Or have people generally just become more ill tempered and rude?

Actually, the answer is based on the relationships that fans develop over time, not only with the show an

d its characters, but with the creators of the show. Like it or not, we’ve developed personal feelings for the characters that we watch on television every day.

Curt Sutterfield, a broadcast and cinematic arts faculty member at Central Michigan University, said he cares about certain characters from

his favourite shows because he can identify with them.

Sutterfield said he’s built a relationship with every character he’s ever watched, which is the driving force of any show. And that’s what Producers want; they want us to care about a show’s characters so that we will come back every week. It’s important that fans become loyal viewers. For that to happen, writers need to help the viewers to establish relationships with the characters in the show.

Jeffrey Weinstock, professor of English who teaches ENG 324: Introduction to Popular Culture in

America at Central Michigan University, said the most intense relationships between viewers and characters are created by genre programs such as science fiction, fantasy or horror. “People talk about these programs online and they feel like they were made for them,” he said. “I was sad to see Twin Peaks go, I still feel like I have a relationship with the characters.”

Good writers become victims of their own success. We fall in love with the characters that the writers have created, feeling joy and sorrow with them as they go through whatever challenge is written in the script. So, the very thing that keeps us hooked on a show becomes a problem for the networks when they pull the plug.

The studios and networks will tell you that shows get canceled due to many factors, one of which is ratings. Ratings fall when a particular show is not reaching its audience. The premise is wrong for the target audience. Or the characters are just not likeable enough. Viewers are not able to establish a relationship with the characters. And if the writers don’t make changes fast enough, the show gets canceled. It happens all the time. 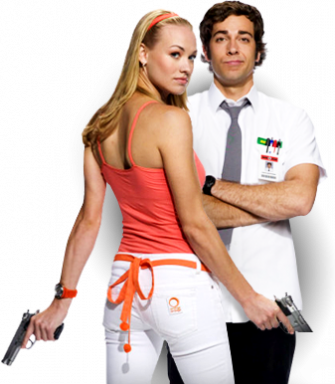 Sometimes, when a network pulls the plug, a small audience becomes vocal and launches a “Save Our Show” campaign. This happened in 2009 with a “Save Chuck” campaign that made use of Twitter and Facebook based around the simple concept of watch the show, buy the DVDs or episodes, share the joy of Chuck, and write to NBC executives.  It worked and Chuck was renewed.

Sadly, some fans get a little carried away when they feel the need to oppose the loss of a show.

On August 20, 2009, Joe Mallozzi wrote in his blog, “More shocking for me … was the infantile behavior of some – supposedly mature adults taking advantage of internet anonymity to curse and name call like a bunch of children.  Really, folks, it’s embarrassing.  I am embarrassed for you.  This is the sort of behavior that gives fandom a bad name, giving those outside the community the fodder to marginalize, belittle, and lampoon.  Sure, go ahead and criticize the creative all you like, but when you start leveling personal attacks against the show creator – a guy who has worked tirelessly to produce 15 years of a franchise you all feel so passionate about – on the basis of an unsubstantiated rumour (the alleged cancellation of the Atlantis movie), you cross the line from spirited fan to raving loon”.

Later, on October 31, 2009, Mallozzi again spoke out about fan behaviour on the internet. T 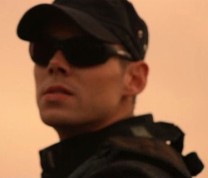 his time, the slings and arrows were aimed at one of the actors of the new series, StarGate Universe. Said Mallozzi, “the negativity has also taken its toll on one-time regular Sherry, proud mother of actor Brian J. Smith, who, surprised and saddened by some of the hostility here, has elected to no longer read the blog.

Also, after several months of connecting with fandom online, Brian is stepping away from his popular twitter account for much the same reason.  Some of the very same fans who he was kind enough to open up a dialogue with in the run-up to the premiere started leaving him nasty comments as though he was responsible for the show’s creative direction”.

Things have since cooled down a bit, However, Brian J. Smith avoided Twitter for some time as a result of how he was treated. And who could blame him.

The actor who plays Lt. Matthew Scott on MGM Studios Stargate Universe as televised on SyFy in the United States was bullied by people who felt they were protected by the anonymity of social media. No matter how it’s labeled, rude and nasty behaviour on line is cyber bullying.

A few people on the other end also have exhibited the same behavior, provoking arguments on Twitter and Facebook and then blaming the “others” as if it was all the fault of someone else. Two wrongs do not make a right.

People will behave on the internet in ways that they would never behave if they were face to face with a real person. Being unseen empowers some people (you) to do things they will usually not do. People sometimes think they cannot be traced back to their actions, hence your responsibilities to your actions appear diffused.

Anonymity is a seeming invisibility cloak to a person’s expression online. Under an alter ego, one can post crude comments while still maintaining a do-gooder image offline. Or so some people think. In point of fact, the internet provides a false sense of anonymity. Most web sites do have ways to search out and identify most posters.  Unpleasant comments made on line will catch up with posters because a savvy person can figure out a poster’s I.P. address.

It’s quite normal to become engaged with and attached to the characters in a show that you love. After all, it’s why we return to watch the show week after week.

However, in the end, it is just a show on television. As we grow older, Dr. Beckett and his c 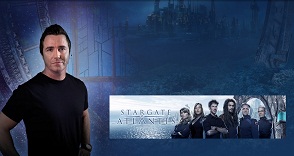 Hmmm, just a thought, has television become a medium for viewer manipulation?  Find out next time on As The Wormhole Turns when I will have more for you to ponder and consider in the near future!

As always thank you for reading and visiting WormholeRiders News Agency. Please feel free to leave a spam free comment or question here or click one of the social media icons below to share this news article. 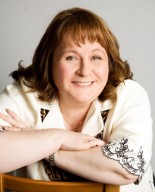 Comments (3) on “As The Wormhole Turns: Fan Loyalty and Rebellion in a Cyber-World”