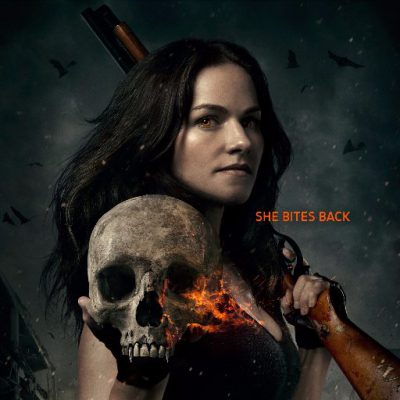 I will be writing the Van Helsing episode “Fear Her”.

For those of you that are not familiar with me or my writing, I wrote for Fringe, Dracula, Defiance, Fringe, and more recently for WormholeRiders on Killjoys.

Kenn asked me to write this episode as a favor. I am happy to do so because he know what a HUGE Dracula vampire fan I am.

In this episode Vanessa (Kelly Overton) has been captured by and brought to Julius (Aleks Paunovic, a fellow Slav), it seems that she almost becomes a bargaining chip or pawn for Julius in his war with Dmitri (Paul Johansson).

This episode reminded me of the mafia in a way with two warring families fighting for control. Vanessa is the prize that both families want and if they are lucky enough to have her, then they have already won. Just like all “underlings” you have to prove your worth. 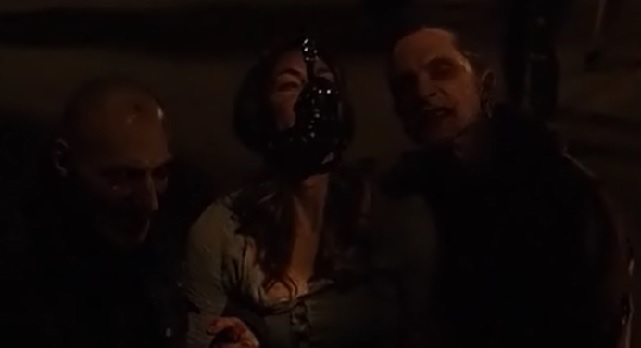 The next scene is one I love, one that vampire fans of this particular genre are familiar with. Dmitri is feeding on his sister. This is one of the things that vampires do to keep alive, they have hosts which they feed on to keep alive between killings. It is such a great scene, because it shows the asexual nature of vampires.

How they don’t discriminate when it comes to getting their fix, man or woman it’s all the same blood to them. So, the fact that this is almost incestuous is of no consequence to him or her.

To me this is what represents why vampires are often portrayed as dashing men with throngs of women at their beck and call. The fact that Dmitri is feasting on her back, speaks volumes. The back is a particular erogenous zone, and can elicit certain reactions. It has been the subject of many paintings. 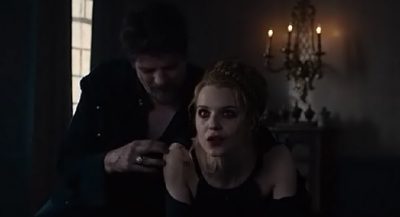 One character I love is that of John played so wonderfully by David Cubitt. He reminds me of Othello’s Iago and the way he manipulates the situation in his favor. The way he weaves deception and lies to suit his needs. Axel (Jonathan Scarfe) is the one standing in his way, the one who is both smart, strong and the best leader for that particular situation.

Axel decides to go out and try to get some more supplies before rations run out. His conversation with Doc (Rukiya Bernard) is interrupted when Brendan questions where he is going. Those situations are always delicate, treading a fine line between truth and white lies. Doc warns Axel that the residents won’t take kindly to finding a killer among them. 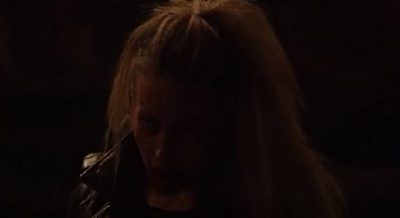 Vanessa’s dilemma becomes more intriguing when an old friend steps forward to take the challenge that Julius puts forth. Susan (Hilary Jardine) is the one that volunteers to be the one to fight Vanessa.

Susan brings up the one trigger that fuels Vanessa’s rage, she mentions her daughter Dylan and what ultimately happened to her. She plays on the fact that as a mother Vanessa would kill for her child, for her honor and she almost does.

Susan is the one that ends up losing and winning at the same time. Once Vanessa bests her, she cures (if you want to see it as a cure) Susan of her vampire-ness. 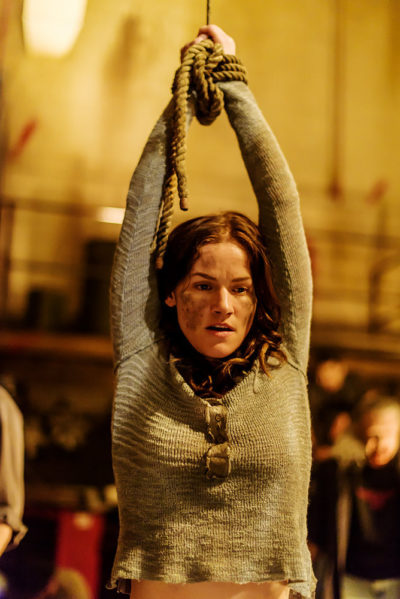 Vanessa strung up as a snack for Julius’ of vampires

Now that Susan is tainted as human again, she is allied with Vanessa in trying to escape the clutches of Julius after Vanessa herself had been strung up to be the snack that actually cured Susan.

Axel enlists the help of Sam (Christopher Heyerdahl) to help read lips and figure out what the refugees are talking about. The one thing that is a pet peeve of mine is when shows or movies, do not enlist particular actors to fulfill a role.

In this case, Sam is deaf, but Christopher is not. I am a bit perplexed as to why the producers couldn’t have found a deaf actor to play the role? I am sure there are plenty out there. Russell Harvard is one such actor that could have fit in that role (he may be a bit younger than Sam actually is).

Another reason I am a bit upset by the miscasting is that when Sam is signing to Mohamad (Trezzo Mahoro) “friends” he did the sign incorrectly. As someone who learned sign language a few decades ago, there are certain signs that you will always remember and the sign for friends is one of them. I don’t know if they have a sign language consultant on the show, but they should. 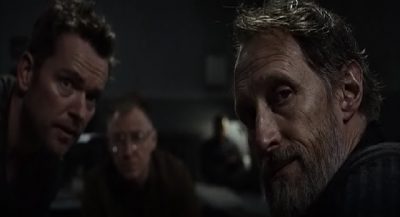 Once it is revealed that the refugees are talking about finding the resistance, Axel takes it upon himself to try and figure out what exactly they are up to. As if right one cue, a situation happens where the person that Doc was working on mysteriously bled out and died on the table. To say that the refugees are a bit paranoid by this situation would be a gross understatement. What makes it worse is that John adds fuel to their fire, he adds to their paranoia and feeds that machine. He makes them doubt the leadership skills of Axel and all the other residents that have been there for a while. It’s the mob mentality and it can be dangerous.

By locking Axel and the others in a makeshift jail, Brendan (Terry Chen) thinks that he has the upper hand. Thinks that be locking them in the jail it is safer for everyone. It’s usually plans like that that tend to backfire or self-destruct. John makes the mistake of planting the seed in Brendan’s head by telling him he did the right thing and “it could be any of them”. That of course, makes Brendan question John and his intentions, so he decides to lock John in the jail as well. Better to be safe than sorry, I assume, I guess we will have to see just how that works out. 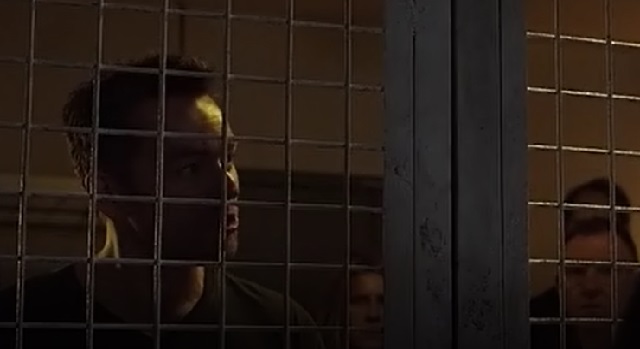 Once in the “jail” things start to unravel quickly, accusations start from one person to another, fingers get pointed and friendships or loyalties come into question. Desperate times as they say. Playing the blame game never works, because it never really reveals what the actual truth is and the wrong person (usually the most innocent one) tends to be the scapegoat.

Finding a way out of that basement that Vanessa and Susan are in proves to be harrowing. Julius sent his monsters after them and it is only a matter of time before one or all catches up with them. Julius sweetens the reward with “fresh meat for the one that brings her to me” that is an offer none of them can refuse. It’s like giving a ravenous tiger the kill it has longed for, they will stop at nothing until she is caught. 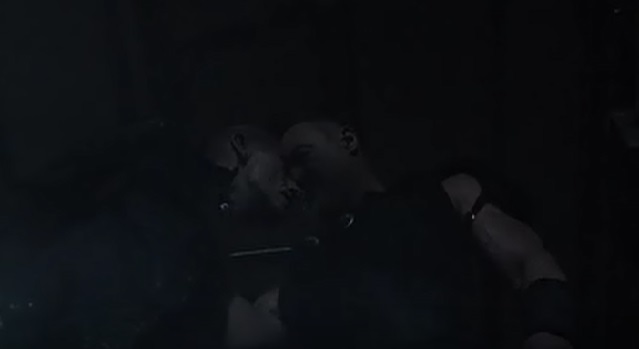 The refugees come back to the residents with a proposition, instead of exiling one of you, they will just exile all of them, problem solved, right? First Axel fesses up, but to no one’s surprised Brendan doesn’t believe him.

Finally it’s Mohamad that finally takes the “bullet” for the rest of them, much to the chagrin of Sam.

Sam knows he is lying, tries to convince him to not do this, but his actions are futile. Mohamad is headstrong and has to do this, he has to be the one to make that sacrifice.

Sam refuses to let him go, I suspect h 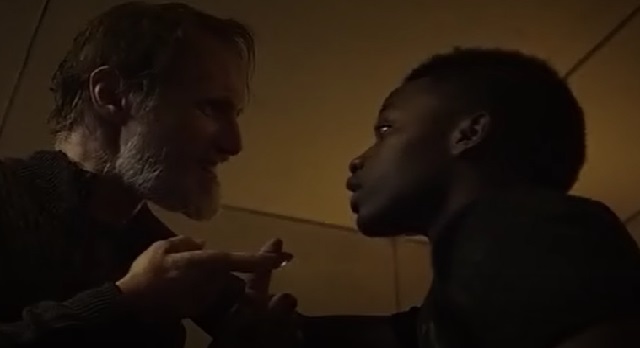 e thinks of Mohamad like a son and would gladly take his place (as any parent would). Mohamad assures Sam that he will be fine and not to worry, Sam signs “friends” (here is where you can clearly see it is incorrectly done).

As Mohamad steps out unarmed into the post-apocalyptic Seattle desolation, you are hoping that he survives to see his friends again.

If what Brendan said about “thinning the herd” is true, I feel that will put everyone in dire straits, refugees and residents alike. 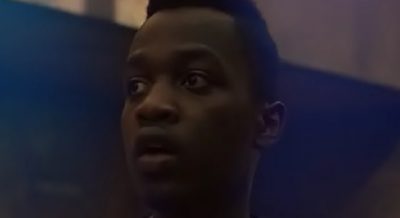 With Susan and Vanessa moving through the bowels of the basement, Susan relays to Vanessa what happened to her daughter Dylan.

It’s sad to hear, but may give some hope that they may be reunited in a future episode, if she hasn’t been turned. As they are talking their flashlight goes out, which almost seals their fate…or does it.

Well, Van Helsing fans, I hope you enjoyed this episode. I want to thank Kenn for giving me this opportunity to write this episode for you and hope that you enjoy the rest of the season!

Thank you for visiting WormholeRiders News Agency. And thanks to Kenn for video embedding and additional images for my report.

Please feel free to leave a comment here or If you prefer, you may also click the social media icons below to share this news article or as many of our readers and visitors often do, visit the or me on Twitter by clicking the links or images avatars in this news story.

RSS feed for this post (comments)
Previous Post
« Van Helsing: Coming Back, Don’t Wrap Yourself In A Flag Yet!
Next Post
Van Helsing Adds Missy Peregrym as Survivor Scarlett Harker! »