Season one is more of an introduction to the characters. Once they’ve been established… which I believe they have been this past season I think that Season Two promises to bring a more in depth look at each character and their story lines. I completely understand that when a new series is created it’s important to set the characters up before jumping into any major plots.

Let me just state that I absolutely love the freedom a Web series has. Regarding choice of language; what relationships to portray; and of course how to execute sexual and non-sexual interactions between characters. For all the fans of Crystal Chappell (Gina Brogno) and Jessica Leccia’s (Ani Martin) relationship on Guiding Light it was an utter disappointment to see such a lack of intimacy between two loving characters. But now with Venice, the creative control is more open and we’ve immediately seen that intimacy between not just Chappell and Leccia, but other characters as well.

I tend to steer clear of Web series as I get frustrated with them only being six to eight minutes long. I usually feel like I’m being rushed to get to know each character and their storylines. Nothing’s more annoying than a storyline going too fast so that it leaves me as a viewer unsatisfied with its rapid execution. It’s clear that I’m not too keen on the shortness of each episode. But with Venice, I feel like my time was far from wasted, oh and it seems as if Season two has said to bring longer episodes, yippee!

Venice’s writer, Kim Turrisi really utilized the time she had to accurately and successfully portray the characters to the audience. I didn’t feel rushed or like I was getting an information overload. I also felt like I knew the characters and could sympathize with them.

I enjoy how relatable the characters are. With the many dynamic people in the group one person is bound to represent you. I strongly believe that people tend to want to watch people that are dealing with the same issues as them. It’s human nature to want your story to be told, as well as to turn to entertainment to seek advice. Venice accomplishes this task on a variety of different levels. Young, old, gay or straight… Venice has something for everyone!

Now onto the quality of the writing; can I just start by saying that the way this series is written is unmatched to anything I’ve seen, including television. The quality of the writing is so good, I find myself submerged in the storylines without hesitation. This doesn’t happen very often, for I am a picky person when it comes to the shows I watch.

In my opinion when a show can bring you into their world and make you feel this overwhelming connection to the characters and their stories you know you have written something great.

Throughout the season I felt for the characters and found myself feeling what I imagine each character was feeling in that particular situation. You don’t always develop that bond when watching a show, especially in the very first season! When you’re lacking that connection to the audience it usually is due to bad writing… which can not be said of Venice. I confidently can say that Venice’s writing is a Grade A experience.

I give mad props to Venice’s creators and writer, as well as the entire Production team. I remained visually and mentally stimulated throughout the entire season. I hate when shows have random shots that add no real value to the episode. What’s the point if you’re not engaging the audience or expanding on the storyline? 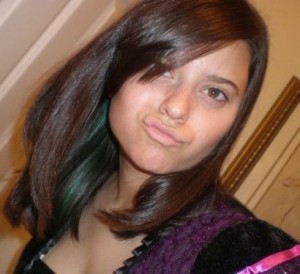 Venice’s Directing, Filming, Writing and Editing was truly a pleasure to experience. I’m looking forward to seeing upcoming seasons and how the writing and technicalities blossom. All and all it’s safe to say that I give Season 1 of Venice two thumbs up.