Going into New York City is always an adventure for me. I have been to many a Broadway show and witnessed many of the showy costumes and extravagant stage decorations, scenery and props first hand, I enjoyed my recent excursion to see Mad Mel Save the World written by Gary Morgenstein.

When we found ourselves back in the theatre district we were overwhelmed with excitement. And for good reason because there is finally a New York City show for all science fiction lovers…. Mad Mel Saves the World!

“Eons ago, ancient aliens visited Earth to share their knowledge. Now they’re coming back – for our blood. Welcome to Marradia, the heart of the ruthless Imperial Empire, where the evil Chancellor plans an invasion of Earth. And only one human stands in the way.”

This sweet little off world adventure, artfully written by Gary Morgenstein and directed by industry veteran Erich Rausch, Mad Mel Saves the World hit the stage like a shooting star!

The venue of this show reminded me of an episode of Stargate, when Teal’c finds himself in the audience of a play and surrounded by women. If you know the Stargate series, you probably know what I am referring to. The stage, scenery and costumes are refreshingly simply, allowing the audience to focus on the story. A job well done by Gary and his team!

The story tells a tale of a young man who writes novels about an imaginary culture in space and later finds out that the aliens actually exist. Upon his discovery, he travels through space via a “wormhole” (did I mention this was a science fiction musical) where he rushes to the aid of his new found friends in their fight against an evil dictator.

In his adventure, Mel learns and practices the ways of this new culture from choices in wardrobe (the men wear the dresses) to the celebration dances. Mel (Michael A. Green) falls in love with Roni (Sage Melcher) and makes a discovery that would rewrite the recent history of the planet Marradia.

If you enjoy science fiction mixed with some great comedy and wonderfully performed music, Gary’s work are definitely plays to see and books to read because Gary has many different characters running around in his head and his new drama, Saving Stan, about friendship, greed, love and death, just finished a successful limited run at the inaugural Broadway Bound Festival on August 7 2017.

Gary returns to science fiction with his fifth novel, “A Mound Over Hell“, which will be published by BHC Press in March 2018, the first book in “The Dark Depths” trilogy. Set in 2098, America has lost World War Three and is now surrounded on all sides and led by The Family, who have established a society based on love. Baseball, disgraced since it was associated with a domestic terrorist attack by a group yearning for the nostalgia of America’s past greatness, is about to begin its last season ever, only to suddenly grow in popularity and become a pawn in a deadly global game between those who want a genuine peace, and those who want to start World War Four.

We here at TeamWHR look forward to more fine books and plays from Gary Morgenstein, a true leader in the entertainment industry!

Thank you for visiting WormholeRiders News Agency. Many thanks to Gary for providing images and background on his career, and to Kenn for video embedding and adding images for my Mad Mel Saves the World review. I will be back in the future with more on my adventures for #TeamWHR. 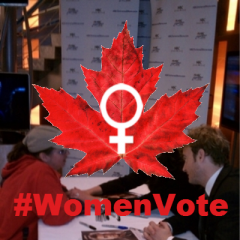 Comment (1) on “Mad Mel Not Only Saved the World, Gary Morgenstein Set the Stage for What is To Come!”