First, why does Khylen (Rob Stewart) have to be so damn charming?! I have mixed feelings about this man. Killjoys: One Blood begins with him asking Dutch (Hannah John-Kamen) for her help.

She agrees to help him one more time with conditions. She won’t kill for him, he’d better leave her team alone, and he has to tell her what he’s doing in the Quad. Khylen wants to know if she’s still the Yala he trained. He also tells her ‘If I could let you go that easily, I would.

I hope you know that.’ There’s a genuine look of caring on his face. I have to say that I actually believe him. I p 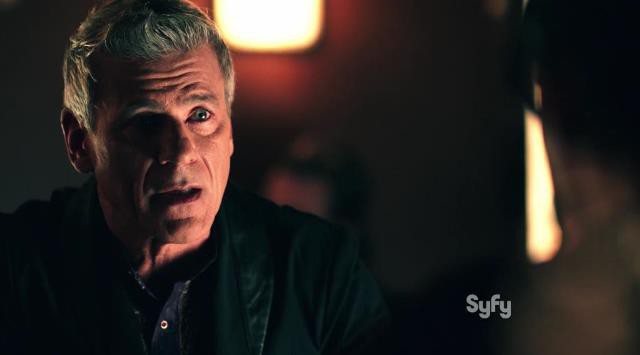 robably shouldn’t, but look at that face! My warming feelings towards Khylen don’t last long. Not surprising.

He gives Dutch a test to see how fast she can find what a courier is smuggling before she succumbs to gas.

And you know Dutch, she’s a survivor and finds the smuggled goods, but not so lucky are the other tea house patrons who are killed by the gas. Khylen’s charm is becoming a distant memory at this point. 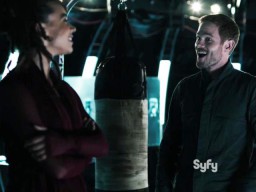 Later on Lucy (voiced by Tamsen McDonough) John (Aaron Ashmore) charges in all aglow and almost giddy. John has Lucy repeat a message to Dutch and D’Avin (Luke Macfarlane).

I loved this next line by John. He tells D’Avin ‘Grab your shiniest toys and your biggest balls. You’re about to meet the family.’

All the Killjoys called in for the warrant convene at Pree’s (Thom Allison) bar.

There’s a great rapport between the RAC teams. All, except that one loner sitting with his back to the room. He speaks and the response is booing and shut ups. ‘You make that sound, and all I hear is love.’ Enter Fancy Lee, played by Sean Baek. I love him already. Insert another ‘I probably shouldn’t.’ 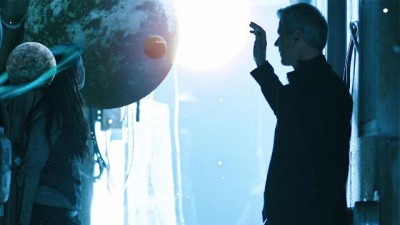 Turin (Patrick Garrow) enters and tells them all that the warrant is one of their own, Big Joe (Tony Nappo). Turns out Big Joe has been stealing high end Company haulers and their cargo.

Cue Khylen, who calls Dutch outside and gets the device she took from the tea house courier. Then he jams it into the back of her neck. Turns out it was a neuro-link. Yay, now Khylen can be in her head all the time. He tells her where to find Big Joe and the cargo.

There’s something BIG about this cargo and he wants it bad. Dutch wants to know how he knows about it and we get ano

ther cryptic Khylen response, ‘Knowing things is how I keep us safe Yala.’ Their relationship has to be more than just mentor/student.

Dutch takes off after Big Joe. This is where Fancy Lee and the boys team up. Not before some word play between he and John. His ‘I may be pretty, but I can do math.’ followed by John’s ‘Get off my ship Fancy. You’re filling it with d*****bag.’

I am not sure if I’ve mentioned this, but I love the writers for this show! 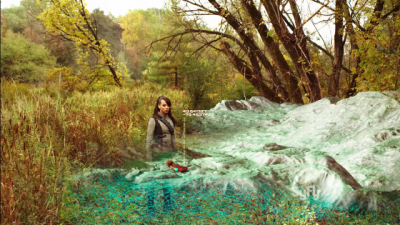 On Leith, with the cool tech part of the neuro-link, Dutch has found the jacked ship along with the empty box the device was in. Big Joe shoots her but she cauterizes the wound and goes after him.

They greet, they hug, they smack down. During the tussle Dutch is able to snatch the device, but then her and Joe are surrounded and taken by the Kotler clan to their farm. During all of this, Lucy’s current crew arrived on Leith.

When Fancy mimes the old finger in the mouth/which way is the wind blowing thing to locate Dutch, D’Av spouts ‘I spent the last two hours not punching him. I should’ve been punching him.’ Fancy’s joking aside he pulls out this neat little bloodhound tech to help find her. 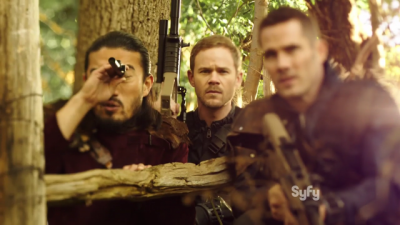 The three arrive at the Kotler compound. D’Avin’s plan seems simple enough. He’ll take the door and grab Dutch, Fancy Lee and John will take care of the guards. While fancy and John are hanging back waiting to take action, John suggests Fancy would be more likable if he weren’t such a d***. ‘Every organization needs a designated ‘basshole’. That is my gift to the Killjoy collective.’ You’re doing a great job Fancy Lee!

I really do like Fancy and his ‘basshole’ attitude. Also love the tech he uses! When D’Av reaches the barn the duo first uses a non-lethal option. I love a good tranq dart to the neck scene. That’s not strange is it? Anyway, Fancy shoots his straight up into the air and still hits his target with his design, a directional dart. 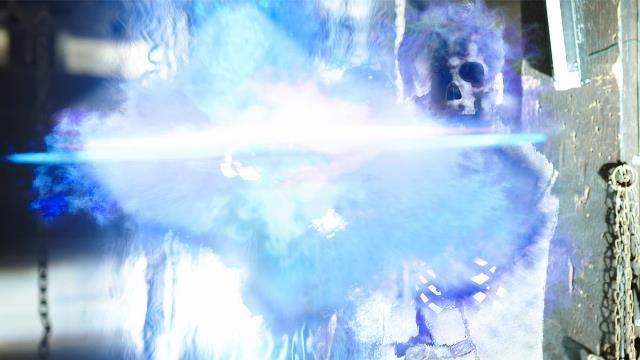 As D’Av frees Dutch, Lucas (Ian Tracy) has given the device, which is now thought to be a weapon, to Innis (Alden Adair) and tells him to use it on Joe. Innis somehow cuts himself on it. (Take note of the blood here.)

After a brief stand-off, Innis pulls the trigger on the mystery weapon. It sends out a sort of shock wave throughout the barn and through the barn walls. After some confusion, Dutch, D’Av, Big Joe, and Lucas are still standing. As for Innis, he’s been reduced to a pile of ash.

Once outside, they see the rest of the Kotler family has been reduced to ashes. This is where Innis’ cut finger comes in. John calls it a genetic bomb. Innis’ blood on the weapon targeted the Kotler DNA. And Lucas was unaffected because he married into the family. All this poor family really wanted to do was to protect their farm. 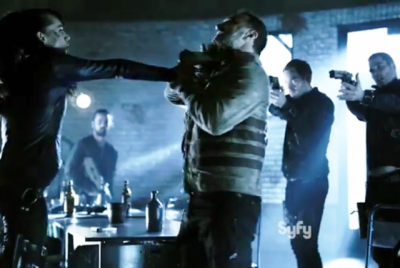 They decide to take Joe and the weapon back to Turin, hoping to trade the weapon for mercy. No luck. After a private talk between Hills Oonan (Frank Moore) and Turin, the warrant is upgraded to a level 5. Joe has already decided his own fate.

He grabs Dutch’s weapon and makes her hold it to first his neck, then the back of his head. She frees herself and says no. There’s a shot fired and a brief flash just before Joe falls to the floor. I got a little misty eyed here.

Pan out to the shooter, Fancy Lee, who states ‘The warrant is all. Joe would’ve wanted it this way.’ His look is very sincere, almost sad, as he walks away and assumes the position we first see him in at the begging of the episode; sitting alone at a table with his back to the room.

I am just going to call it his time out spot for episode six. It’s hard to explain the power in that scene when he swings his leg over the chair and sits facing the wall… 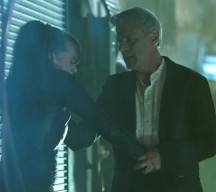 It is not enough that Dutch is grieving.

Khylen swoops in to kick her while she’s down. He’s extremely unhappy that she didn’t deliver him the weapon.

He releases her and apologizes, telling her he’s not a monster. Then answers her conditional question: ‘You asked me why I came to the Quad.

I came for you and I’m not leaving without you.’ Then he just walks away. Didn’t I mention she shanked him, a LOT? I’d like to know how he walked away from that!

In the end, Dutch confesses to the guys that Khylen has found her. She also admits Khylen has never hurt her until tonight and that ‘Something’s wrong.’ They agree to help her, and their goal is to find him so Dutch can kill him.

See you next time RACPack when I will be writing season two!