Hello again everyone from far and wide. 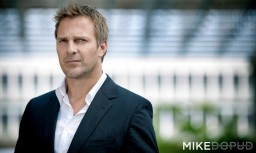 Do I have an awesome surprise for you all today.

On Thursday, April 14th, Kenn and I had the privilege to interview a wonderful and very talented actor that we all know and love from the awesome television series Stargate Universe.  His name is Mr. Mike Dopud and what a pleasure it was to be given the chance to be able to sit back and have a nice chat with him.

Mr. Dopud is no stranger to the Stargate franchise, in fact, as I have already mentioned in a news article I write here previously, Mr. Dopud is one of a very few actors whom has portrayed characters in all three series including roles in Stargate SG-1, Stargate Atlantis and Stargate Universe.

During the interview we touched on many aspects of his career appearances in Stargate Universe (his recent episode “The Hunt“) as well as both past and present roles. This included his sports career, becoming a stunt person in his movie stunt roles in 300 (He was also a stunt person in TRON: Legacy), as well as the new television movies Battlestar Galactica Blood and Chrome and Exit Strategy. Mr. Dopud also shared details of a fabulous brand new television pilot he is working on with Mark Savela, James Bamford and Ken Kabatoff called Echoes! This exciting new television pilot features Mike Dopud and Jennifer Spence among other noted celebrities! 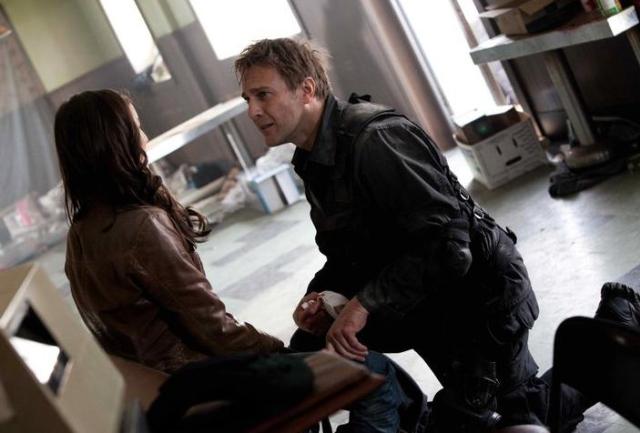 for a good belly laugh! When you see and hear the interview you will be laughing too just like Mr. Dopud, Kenn and I did. We all enjoyed the interview which you can confirm for yourselves from our good-nature and chuckling during the one hour interview with Mr. Dopud.

Many thanks to Kenn for staging the post and video that made this interview possible. I would also like to thank him for making this interview so relaxing and enjoyable.  So from the bottom of my heart, Thank You Mike Dopud. xo

So without further adieu, may I give you Mr. Mike Dopud!

Thanks for stopping by WormholeRiders News Agency for our interview with Mike Dopud.