Welcome back Sanctuary fans! This week’s episode “Homecoming” beings with a quick recap and Helen Magnus (Amanda Tapping) talking to Will Zimmerman (Robin Dunne) about what happened to his mother; and “Untouchable” (episode 4.03), where Craig Addison (Brian Markinson) makes remarks about his father. Remember these titbits, because they become relevant later.

And so… Monrovia, Liberia where there are riots going on. You can ascertain this by the Spartan looking armed men and the burning car smoldering in the scene. 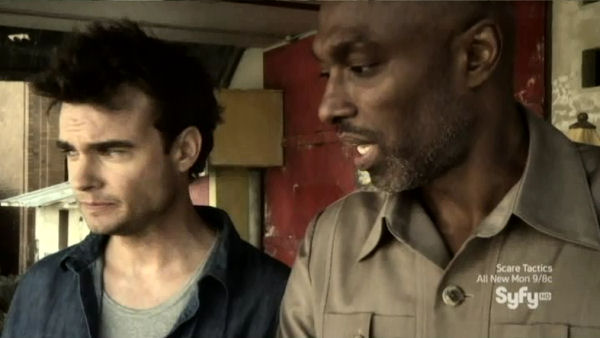 Will and the Monrovian Sanctuary Head (Conrad Coates) discuss the upcoming election on the balcony of a restaurant. Goat soup sounds interesting, but sadly we do not get to see Will sampling the local delicacies. Instead, after again underscoring the whole independent Sanctuary story, Will makes an obviously rash promise to get “enough” money for the Sanctuary. In cash.

Well, that was never not going to go pear-shaped, was it?

Before continuing my review, we include the promotional sneak peak of episode seven, “Icebreaker” courtesy of Syfy. Enjoy! 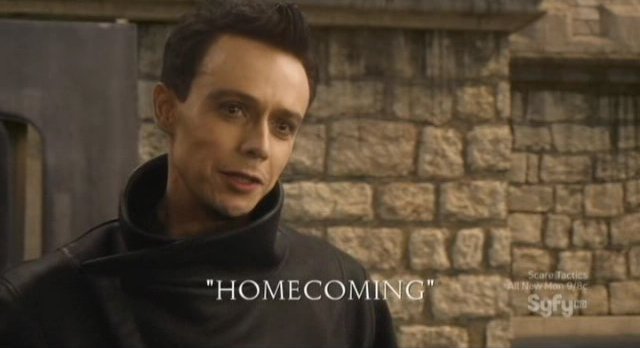 Back at our Sanctuary, the topic around the water cooler is about Will’s birthday (remember this as well, cos it’s also relevant later) and how Henry Foss (Ryan Robbins) is a cheapskate. The discussion is interrupted by the perimetre alarm – someone is trying to break in through the roof. Helicopter? Spiderman? No, it is Bruno (Adam Greydon Reid) and Sheila (Caroline Cave), whom despite their names are not refugees from an Australian soap, but bat people. 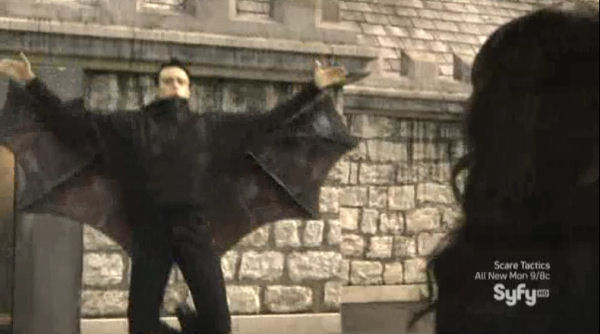 Turns out Sheila has an injured wing and they need Magnus’ help in patching her up. As she does so, it becomes clear the story has a few holes in it, as the wing in question does not. Just as Magnus discusses the situation with Henry, another alarm goes off. Bruno has tried to access the armory. He then spins another story about an illegal shipment of Abnormals and how he was going to rescue them with stunners stolen from the Sanctuary. Magnus rightly smells something fishy, but the possible intel is too important to pass on.

Meanwhile Biggie (Christopher Heyerdahl) is checking over Sheila, who has a few pointed questions about “Cecille” that the Big Guy would rather avoid. Fortunately, Henry arrives with the news that Magnus wants to see them all. However Sheila is not quite done and tells Biggie – and the rest of us – about Cecille keeping a lock of fur. Most Disturbing. Moment. Ever. *shudders* 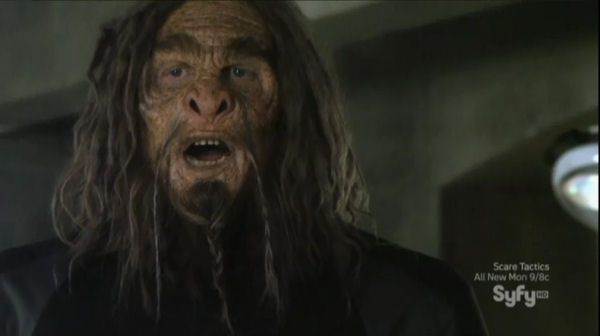 Back in Liberia and the least shocking thing ever – Will stops to help a driver and is promptly chunked over the head and the money stolen. He wakes up some time later, found by the Monrovian Sanctuary Head. But there is a problem: he cannot see. He asks to be taken to the Sanctuary, but the riots mean that is not possible and the Head takes him to the weirdest house I have ever seen. Really, who has a front room with a bed diagonally across it? 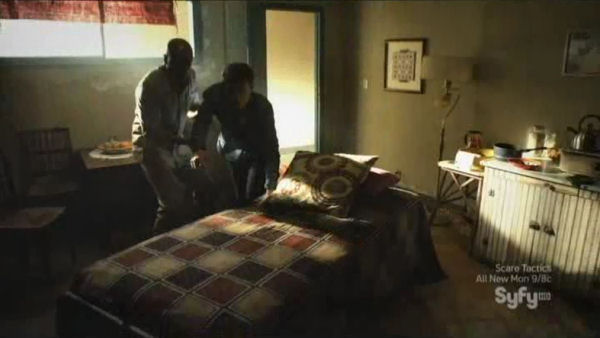 The Monrovian Sanctuary Head diagnoses detached retinas. And this is where having an advanced certificate in first aid means the suspection of belief falls over. Blunt force trauma results in detached retinas in a tiny percent of cases. Especially full detachment of both sides. Better they had just gone with severe concussion, because that can cause blindness, but then I guess Will would not have been in so much pain and had to use morphine – on which premise the rest of his storyline hangs.

Anyway, we shall skirt that hole and move along. Will must stay as still as possible, but the Monrovia Sanctuary Head wants to make sure his family is okay and so leaves Will with a gun and the promise to come back soon. Nice.

Back at the Sanctuary, Henry is loading his gun. Stun gun, people; behave yourselves! The Team, plus Scott and Charlene – sorry, Bruno and Sheila – are off on a heist to recover the illegal Abnormals. Biggie and Henry are not too pleased about the additions to the group but Magnus points out that they need the information. 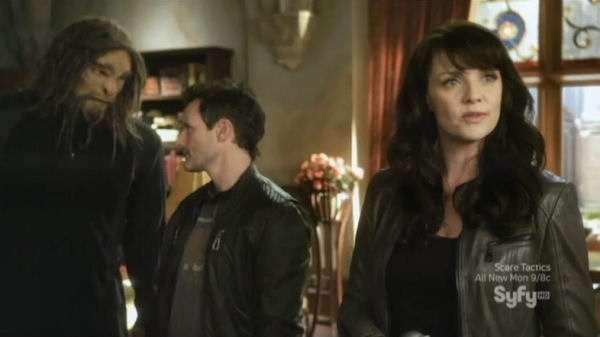 Monrovian Magnus has gone back to the house/hut/whatever, and is bandaging Will’s eyes. I am not sure what that was supposed to achieve, but it is a nice gesture and reminds us that Will is currently blind. He also has morphine and asks Will if he can self-medicate. Cue college joke and how laughter is the best medicine.

There is a nice camera pan and a sudden light, and suddenly we’re somewhere else (for the life of me, I have no idea what prompts Will to reminise about his past but we’ll just go along with it). Young Will (Alex Ferris) is in a graveyard. It is a year after his mother died. Will’s father (Al Sapienza) also features and proves to be something of a douche. Young Will walks back and the shot does a rather cool thing where the graveyard becomes the room again. 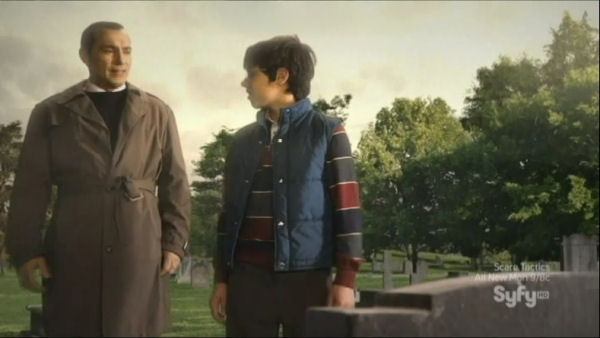 A more usual effect signals the shift in storyline and we’re with Team Magnus in the Sanctuary’s black SUV. They pull into… an alley? Somewhere with a container anyway. Leaving Bruno and Sheila in the car, Magnus and Henry go to investigate. They get shot at and there’s a short gun battle with four guys who even the odds by being really terrible shots. As they are useless goons, they are all shot with the stunners and the fight is over. We get to see Henry being all Action Man, though, so it was worth it. 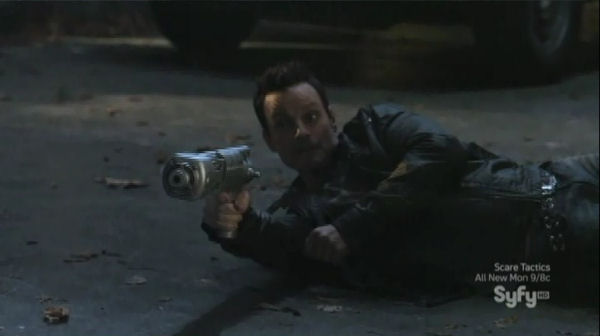 The container turns out to be full of bouncing boxes. Oh, and a packet of diamonds. See Bruno needs the diamonds to buy weapons to sell to the international dealer to raise money for the orphans. My face at this point rather looked like Helen’s. 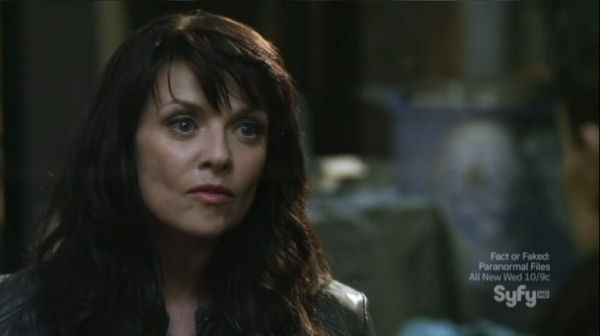 It all makes perfect sense, though. Well, as long as you are either Bruno or Sheila. shockingly, Magnus doesn’t buy it and hauls them back to the Sanctuary, locking them up while she checks out their story. Henry hacks the Homeland security website and discovers that there is a shipment of anti-Abnormal weapons going on. Magnus goes to see Bruno and Sheila to tell them… they are staying behind? I have no idea why that happens other than to give Bruno the opportunity to dismiss the idea and talk his way into Heist #2.

Back in Will’s head, his dad is trying to get Young Will to come to dinner. But it is his birthday (See? I told you it was relevant!) and his dad has spent all the money gambling. Dad walks off, to another fancy scene wipe. 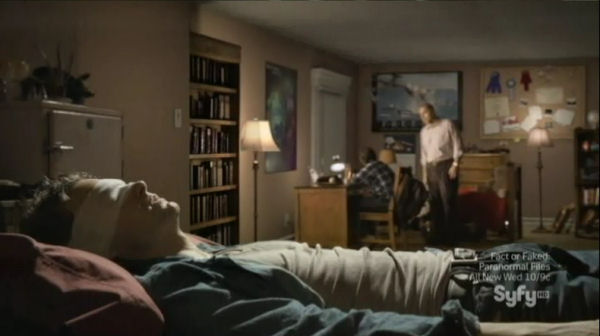 Team Magnus arrive at another random vague location where there are a lot of pallets and a van with a guy asleep at the wheel. Um, yes, because people do that. Do you think something might possibly be amiss? Bruno calls for a pterodactyl (this joke is only going to make sense if you have seen Evolution) but gets no response. So he opens the van door and what do you know? The guy falls out dead. Shock! And then that’s when the governmental types show up, guns blazing. Bruno opens the van door while Magnus is taking out the soldiers, and takes the cases of guns.

In the meantime, Biggie has finally tuned into the news bulletins about the chaos in Liberia. Magnus shows a surprising lack of concern that neither Will nor Monrovian Magnus can be reached by phone. She admits that Heist #2 has been something of a failure and tells him that she going “bird hunting”. 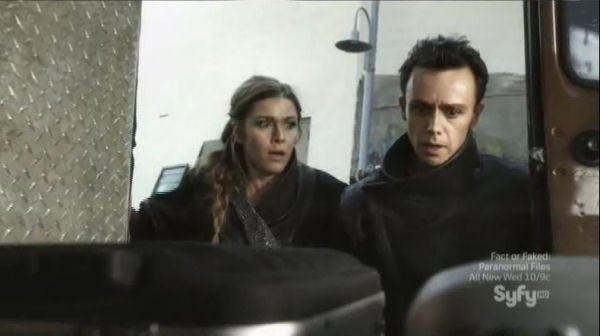 On a rooftop, Bruno and Sheila celebrate escaping and not being shot by making out. Helen, always the party pooper, interrupts them. But it is all a big misunderstanding and he was about to call her and everyone has been set up. Henry’s head is about to explode. Mine too.

Back where an ugly carpet fights with an ugly blanket for title of ugliest prop in the episode, Will is still abed. So it is quite apt that he is remembering his college days. At least, I think that is him. Maybe it is Daniel Jackson. There is a remarkable similarity. (It is probably the glasses). Whichever, Teen Will’s dad is still managing to be a douche and claiming all sorts of things he has not done really. Teen Will is unimpressed. As are we all. His dad, however, is surprised that his brand of parenting has fallen short of the mark. 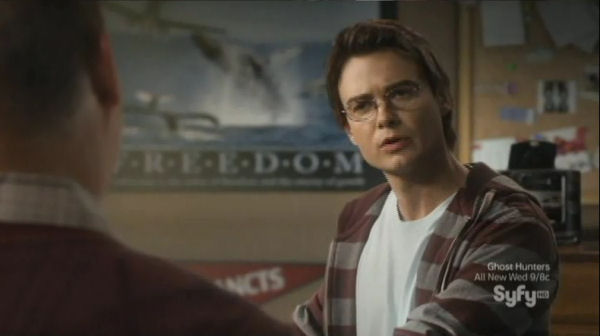 Also falling short of the mark are Bruno’s excuses and Magnus has had enough – she gets Henry to conversate the weapons and diamonds. Bruno and Shelia protest, claiming again that they need the money for the orphans. They are annoyed by this; to quote Henry in the best line of the episode “Angry Birds”. Bwhaha. But then Bruno backs down, making Magnus wonder if there is any truth to the orphan story. Henry thinks she’s mad for even thinking about it. 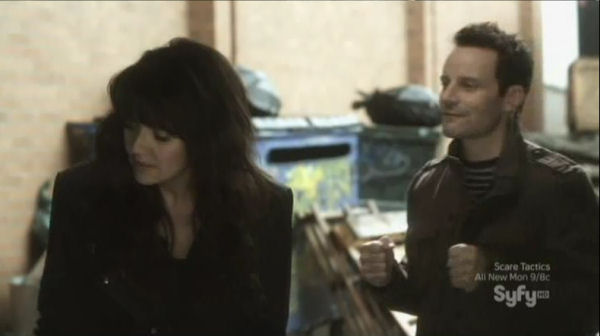 Bruno and Sheila sit on the roof, trying to work out what they do now. He ensures her that it is not over and they go for a fly. Aww.
Meanwhile Will’s memory of himself is when he visited his dad in prison. Being the idiot that he is, his dad claims Will’s a big shot in profiling because he grew up in a criminal environment. Twerp. But then Will starts to go on about clerical errors and loopholes and – finally – his dad does the decent thing: he tells Will to drop it and not get involved.

Not that Will realises this and storms off, leaving himself in the bed. He wakes up, takes off the blindfold, and there’s been a minor miracle; his retinas have reattached without surgery and he can see again, though it is a bit hazy. He refuses more pain medication, asking instead for a phone. 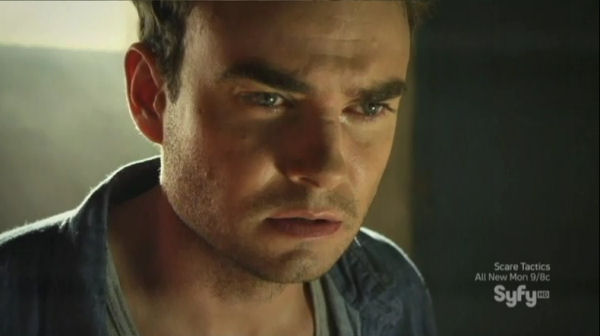 In the Mystery Machine, Henry is tracing a shipment that turns out to be – wait for it – orphans. He reckons things could go badly for Bruno and Sheila, and that is exactly what has happened – they are chained up in a warehouse and about to be shot. Bruno manages to buy more time by promising the money for the children, which Sheila endangers by ranting at the kidnapper. Just as he is boasting about no one being able to stop him, Magnus and Henry charge in and do exactly that. Oh, the irony.

Magnus releases the couple and Sheila goes straight to the cell, encouraging the children to come out. They creep forward and, after more encouragement, spread their wings. The couple has become a family and even Henry is moved by the happy little picture. 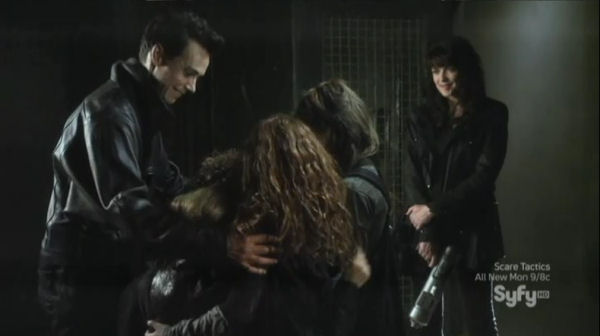 Will is back at the Sanctuary. His eyes are healing nicely and Helen reckons he deserves a pint. However, we are still celebrating Will’s birthday and Henry neatly ruins one surprise by mentioning an outing involving wine and cake. I want to know where my invite is! Anyway, Biggie has another surprise – Will’s dad has come by. It is not a happy, happy reunion, but at least there is a chance to work things out between them. 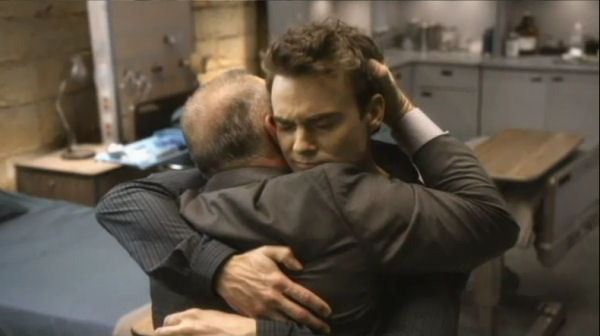 Or as many of our readers and visitors often do, visit WHR on Twitter, WHR on Facebook or visit me on Twitter by clicking the text links or images avatars in this news story. I and the WHR team look forward to will Seeing You on The Other Side! 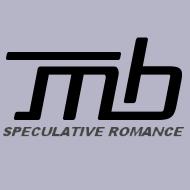 Comment (1) on “Sanctuary: “Homecoming” Visions of Things Past and Future!”