Few programs have made me laugh with sheer glee each week as The Neighbors did all throughout 2012!

And this week, I was once again rolling on the floor laughing at the slick screen writing of the second episode of season two “September Fools”.

When I viewed the episode screener courtesy of the fine team over at the ABC Media Network, I really had to stop laughing and pull myself back to reality in order to get this preview finished in a spoiler free manner. 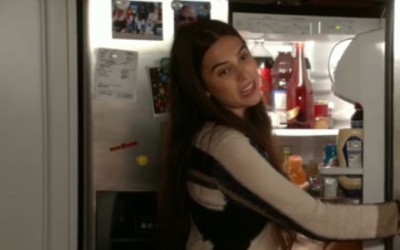 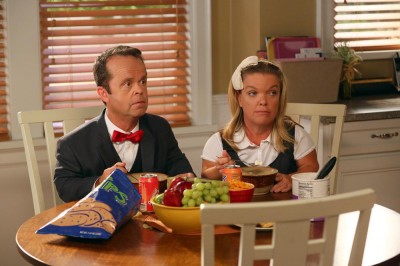 Each week when I watch The Neighbors, I think how can it get any more hilarious than the last episode? Each week I find myself with a stomach cramp (literally) or blowing my coffee all over the table when something hilariously unexpected show up on the screen.

This week … well, when you find out who the two people pictured above really are, and what they are doing in “September Fools”, you are simply going to go wild and cackle in a crazy fashion with sheer glee! 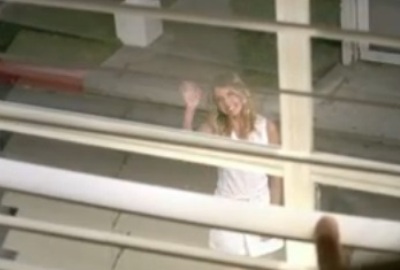 In this delightful episode, we will learn more about Reggie’s “Intergalactic Soul Mate” Jane, much more. We will also learn to respect Reggie for a decision that he makes. However we respectfully ask that you please feel sorry for Reggie. Very sorry!

At the center of “September Fools” is  Larry Bird pulling some outrageous shenanigans on Marty and Debbie. How it all comes about is of course Marty’s fault for opening his big mouth in the first place! 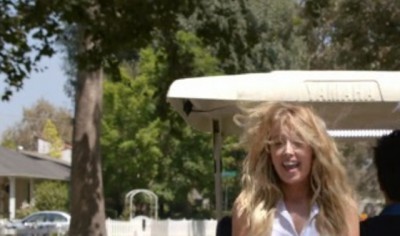 And finally, without revealing to much of the fun, we originally compared The Neighbors to the 1960’s hit series “My Favorite Martian“. This analogy still holds true, but in “September Fools” we will also find a brilliantly executed connection to another great program in the 1960’s, The Jetsons!

The special thing is so subtle, you need to pay attention or you may miss it! 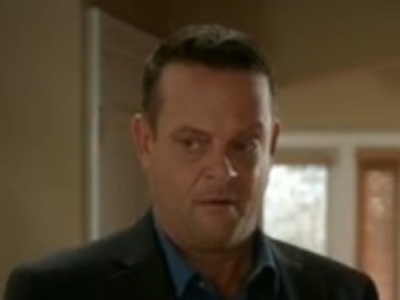 Lastly, the music theme song featured in “September Fools” is awesomely perfect for what happens between to key characters. I could include it here, but that would be a major spoiler. So let’s just wait a few more hours and enjoy The Neighbors together…

BUT, before going for now, please take a look at two sneak peek pictures from the third and fourth episodes of The Neighbors included in the press release and at the bottom of this preview for your enjoyment! 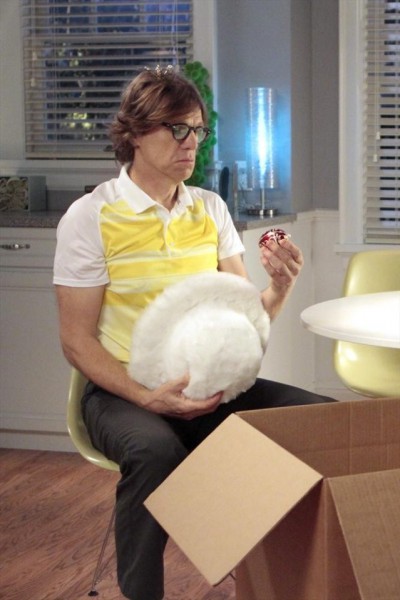 “September Fools” – Larry sets out to pull an epic prank on the Weavers after they explain to him what April Fools’ Day is. Meanwhile Reggie, with help from Jackie, tries to convince Amber that he doesn’t have feelings for his Zabvronian soulmate (guest star Megan Park as Jane), on “The Neighbors,” FRIDAY, SEPTEMBER 27 (8:31-9:00 p.m., ET) on the ABC Television Network.”

Clips of this episode will be available at www.abcmedianet.com.

Guest starring are Megan Park as Jane, Kevin Thompson as Skip, Tracey Thompson as Melanie, and Blaise Miller as the Photographer.

“September Fools” was written by Kirker Butler and directed by Chris Koch. 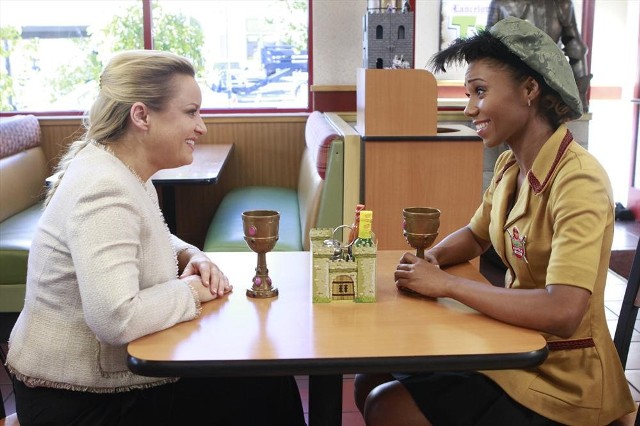 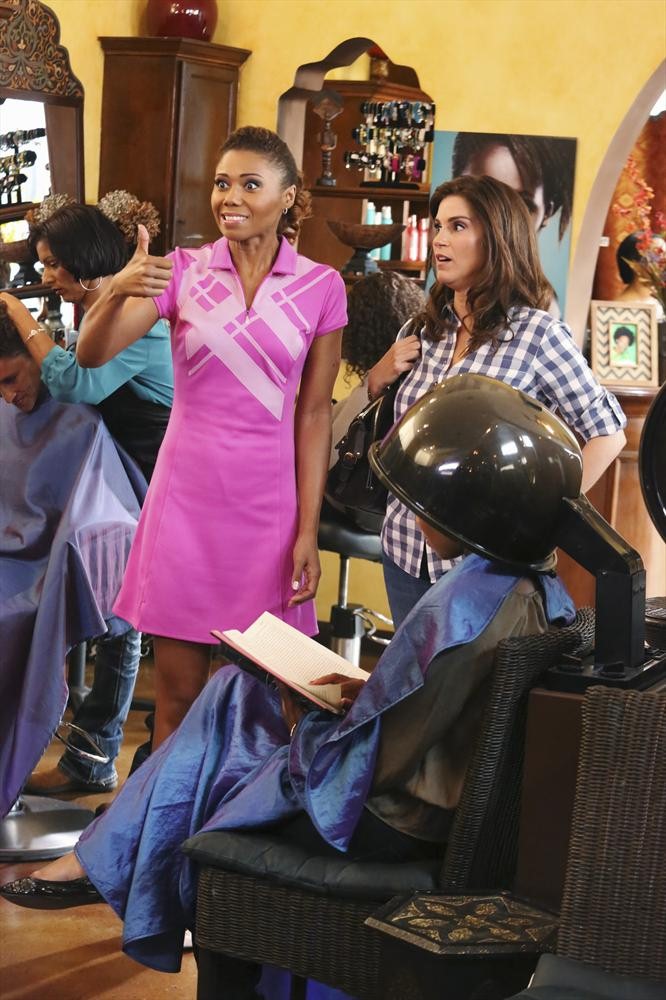 “The Neighbors” is broadcast in 720 Progressive (720P), ABC’s selected HDTV format with 5.1 channel surround sound. A TV parental guideline will be assigned closer to airdate.

For more information about “The Neighbors” visit ABC.com/TheNeighbors. 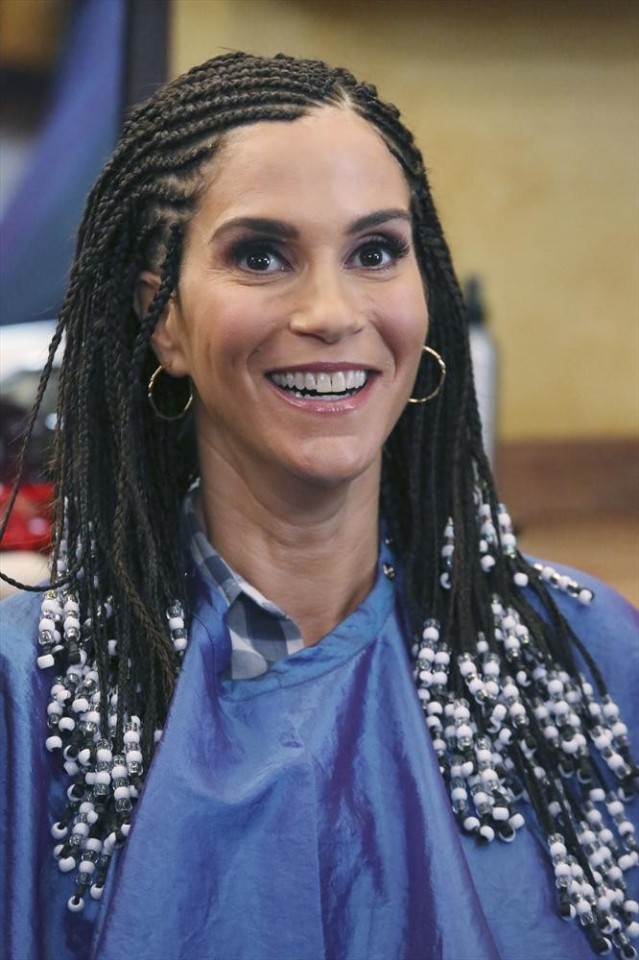 RSS feed for this post (comments)
Previous Post
« The Neighbors: Family Conference, Not Just For Wars!
Next Post
The Neighbors: September Fools or Debbie, I Aged Your Kids! »
Avatars by Sterling Adventures
The Neighbors Our Alien Zabrvonian Analysis
The Neighbors Theme designed by Team WHR