You really better get ready to hide all that you hold dear this coming October 01, 2010 all the way through Halloween! 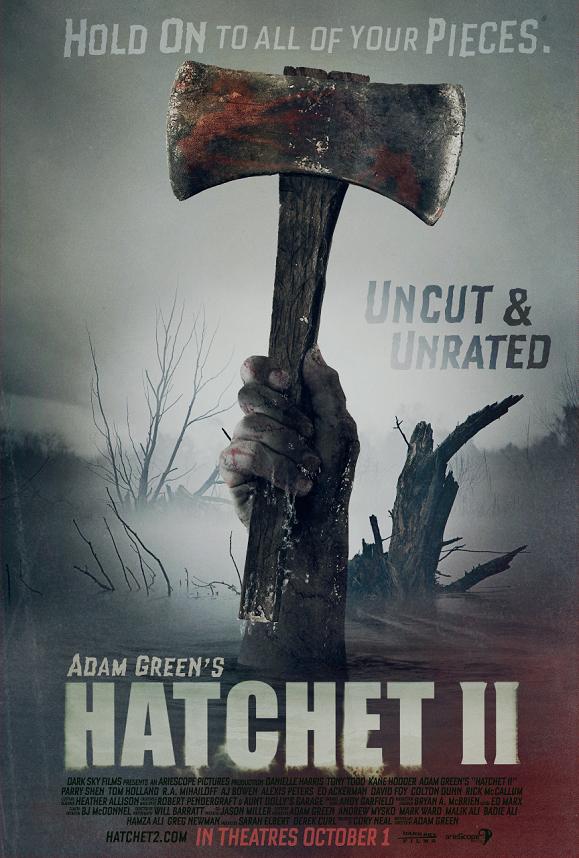 HATCHET II is coming your way courtesy of AMC Theaters and it will surely rip its way into your life if you are not careful! HATCHETT II Featuring a star studded cast including the fantastic actor Tony Todd of Stargate SG-1, Chuck and “24” fame. 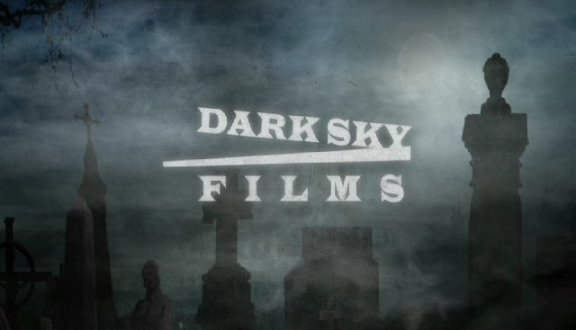 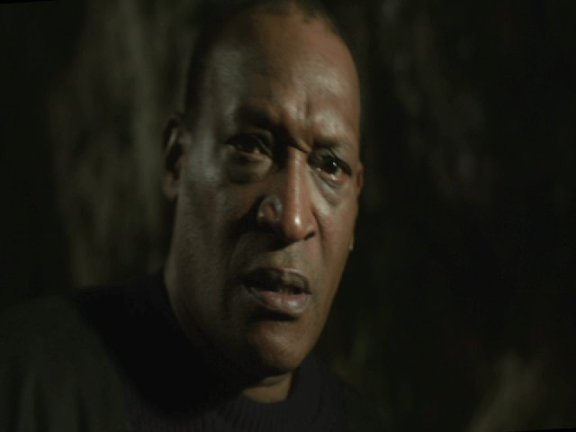 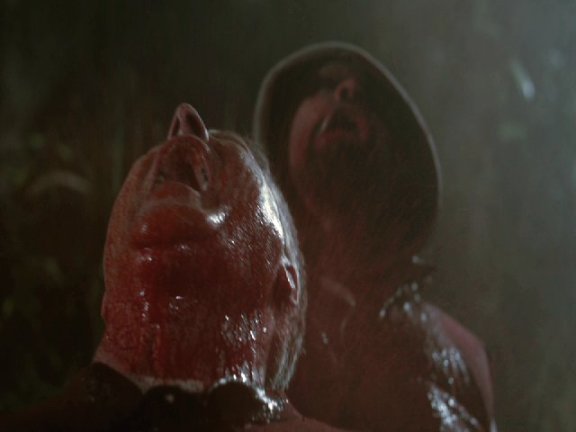 This film is sure to delight the lovers of the horror film genre and scare the dickens out of all who dare to enter the theatre. I for one will be waiting in avid anticipation to see the film.Being released as an unrated film, parents are advised to consider appropriate ages for viewing this return of a horror classic based on the original 2007 film. Courtesy of Dark Sky Films we include the teaser trailer, images from the film for your enjoyment as well as the press release from MPI Media Group!

As always, please feel free to leave a non spam comment here or visit WormholeRiders News Agency or me

on Twitter to discuss this horror classic ripping its way to a theatre near you soon!

Orland Park (IL) – Dark Sky Films, a division of MPI Media Group, announced today that in anticipation of the upcoming Halloween horror movie season, Adam Green’s HATCHET II will be distributed in theaters across the country beginning Oct 1. The film will be released without an MPAA rating, marking the widest release of an unrated genre film in more than 25 years.

AMC Theatres, under its AMC independent program, will be exhibiting HATCHET II in the top 20 markets across the country. Vitagraph Films is serving as theatrical distributor. The announcement regarding the HATCHET II release was made jointly by Adam Green with MPI Media Group’s Senior Vice President of Acquisitions Greg Newman.

A ferociously fun tribute to the old-school horror sensation slasher movies of the 80’s, HATCHET II is the follow-up to the popular original film, which was released theatrically in 2007 and became a sleeper-hit, gaining a wide following on DVD. The cast of HATCHET II features a cavalcade of horror movie icons including Danielle Harris (HALLOWEEN) and Kane Hodder (FRIDAY THE 13th), reprising his role as serial killer Victor Crowley. Also starring are Tony Todd (CANDYMAN) and R.A. Mihailoff (TEXAS CHAINSAW MASSACRE).

HATCHET II is having its world premiere this week in London at Fright Fest, the UK’s premiere horror and fantasy film festival.

Director Adam Green said, “Having a movie as graphically over the top as HATCHET II come out in major theatres unrated is an absolute dream come true — not only for the genre fans but for the entire make-up effects crew who normally have to watch their amazing achievements get sliced and diced for theatrical release. This is an important event for the horror genre and I hope the real horror fans support HATCHET II and help change the way genre films are released theatrically from this day forward. Kudos to Dark Sky Films and AMC theaters for truly honoring the spirit of old school American horror and doing this right. Gorehounds won’t know what hit them!”

Dark Sky Films‘ Newman added, “We are thrilled that audiences will not have to wait for a director’s cut or unrated version of Adam Green’s HATCHET II. On October 1st fans will have the opportunity to see Hatchet II in theaters exactly as it was intended to be seen: full-on, uncut and uncensored! We hope that this unrated release of HATCHET II marks a new trend in providing an uncompromised theatrical experience for genre film lovers nationwide.”

“Our AMC independent program embraces diverse storytelling of all types,” said AMC Theatres’ Vice President, Specialty & Alternative Content, Nikkole Dneson-Randolph. “Bringing a story like HATCHET II to our guests is a natural fit during this time of year and we’re excited to share the filmmakers’ vision on-screen in its intended state.”

ABOUT HATCHET II:
Just as the 80’s had their signature murderous maniacs-HALLOWEEN’s Michael Myers of Haddonfield and FRIDAY THE 13th’s Jason Voorhees of Camp Crystal Lake- the original HATCHET marked the arrival of the latest and most lethal of the genre’s stalking murderers: Victor Crowley, a crazed backwoods killer stalking the bayous of New Orleans.

HATCHET II picks up right where the 2007 original film ends, as Marybeth (Danielle Harris from HALLOWEEN) escapes from the clutches of the deformed, swamp-dwelling killer Victor Crowley (Kane Hodder from FRIDAY THE 13th). Marybeth returns to the Louisiana swamps along with an army of hunters to recover the bodies of her family and exact her revenge against Victor Crowley.

ABOUT DARK SKY FILMS:
Dark Sky Films is dedicated to the discovery, preservation and production of new and classic horror, sci-fi and cult films from around the world. Based in Chicago, Dark Sky Films is a wholly owned subsidiary of The MPI Media Group – one of the largest independent entertainment companies producing and distributing a compelling slate of the world’s most respected cinema, documentaries, performances and television programs. 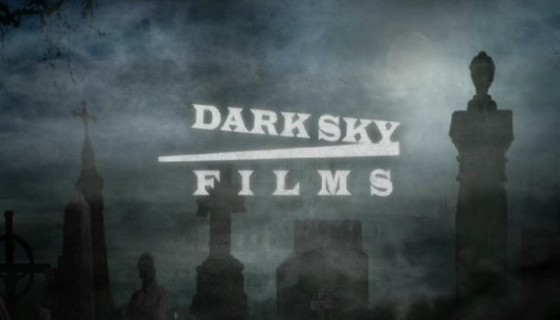 ABOUT AMC ENTERTAINMENT INC:
Headquartered in Kansas City, Mo., AMC Entertainment Inc. is a leading theatrical exhibition and entertainment company. With a history of industry leadership and innovation dating back to 1920, the company today serves hundreds of millions of guests annually through interests in 380 theatres with 5,325 screens in five countries. www.amctheatres.com.

RSS feed for this post (comments)
Previous Post
« Timeless Masterpiece Apocalype Now! Returns on Blue-Ray High Definition Extended Editions!
Next Post
Review: The Expendables – “They Were Expendable” or Were They? »