With “The Expendables,” Sylvester Stallone has delivered another highly entertaining action film.  Stallone co-wrote, directed and stars as the leader of a group of very tough and resourceful mercenaries with a contract to assassinate the dictatorial leader of a small South American country. 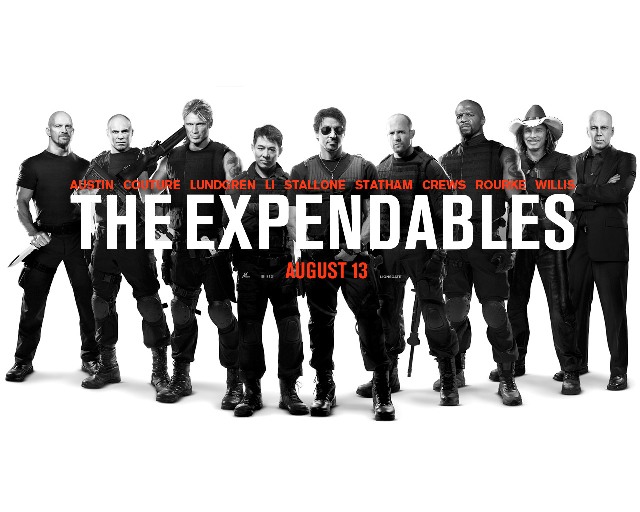 The underlying themes in The Expendables are reminiscent of Stallone’s “Rambo” films in that it takes place outside the U.S. (this time in a small fictitious island country), where the local residents are suffering under a brutal government (this time a dictator in cahoots with an American drug lord), and there is a lovely woman in danger.  Stallone to the rescue!

Okay, the story is not particularly original and Stallone is beginning to stretch his believability as a credible action hero.  To his credit, Stallone allowed his character to get beat up by a bigger, younger guy and there was no romantic or sexual tension between his character and the young damsel in distress.  I thought the movie was really good.  The writing, performances, cinematography, editing, and sound are all top notch.  Also, the fighting scenes are terrific.