Shoutout Through the Wormhole from Robert Picardo – Mr Woolsey of Stargate! 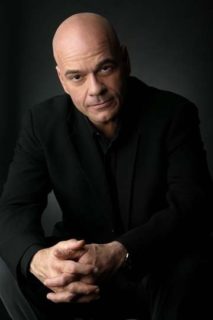 Robert Picardo is best known for his roles on the science fiction shows, Star Trek, Stargate SG- 1 and Stargate Atlantis. His career has been both diverse and fascinating.

Robert Picardo was born on October 27, 1953 in Philadelphia, Pennsylvania. He originally attended Yale University as a Pre-Med major (and, ironically enough, played the holographic doctor on Star Trek: Voyager (1995).

Robert also played a doctor on The Golden Girls (1985) episode, The Golden Girls: The Operation (1986)). He later graduated with a Bachelor’s degree in Drama from Yale University. After earning his degree, he enrolled at the Circle in the Square Professional Theater Workshop.

Mr. Picardo waited tables for a few years until his theatrical work started to take off around 1976. In 1977, he made his Broadway debut in the comedy hit, “Gemini”, with Danny Aiello, and also appeared in Bernard Slade‘s “Tribute”, “Beyond Therapy” as well as “Geniuses” and “The Normal Heart”, for which he won a Drama-Logue Award. 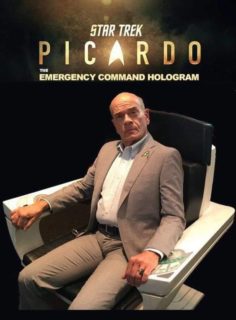 In 1995, he got the role of the holographic doctor on Star Trek: Voyager (1995), where he also directed two episodes. 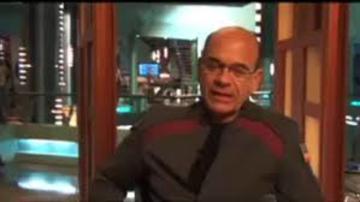 Robert Picardo is an accomplished singer (as demonstrated in Star Trek: Voyager: Virtuoso (2000) and Star Trek: Voyager: The Swarm (1996) and has put out a CD of parody songs. While he was at Yale University, he was a member of the Society of Orpheus and Bacchus, the second longest-running undergraduate a Capella group in the United States.

Robert Picardo is a huge fan of Stargate SG-1 (1997) on which he played the recurring character of Agent Richard Woolsey. He later joined Stargate Atlantis, reprising his role. He spoke the final line of the final episode of Stargate: Atlantis (2004). 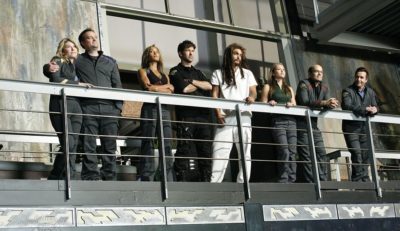 Mr. Picardo is also a member of the Board of Directors of The Planetary Society the space Advocacy nonprofit co-founded by Carl Sagan and presently led by Bill Nye.

You can learn more about Robert Picardo at his website!