Eureka: Just Another Day and The End of a Great Series! 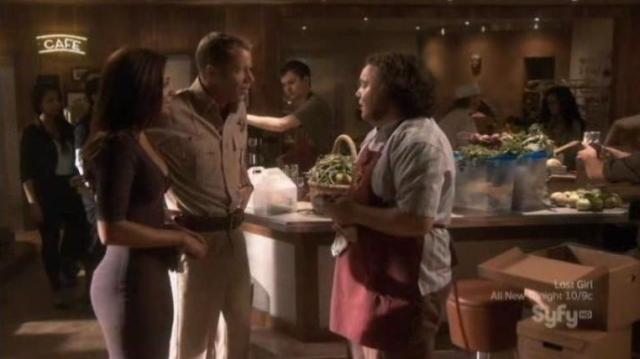 Hello Eureka fans, It was very difficult to begin writing this last review for Eureka. I actually waited a day before I watched my recorded copy. In a way, it felt that, if I had not seen it, it was not really over. In order to write this report, however, I made the ultimate sacrifice and broke down and watched the very last Eureka episode. Before continuing my final Eureka review, we include a nice thank you to the fans from Colin Ferguson and Neil Grayston. We thank you and all the cast, crew and creators for five wonderful years! …Read the Rest 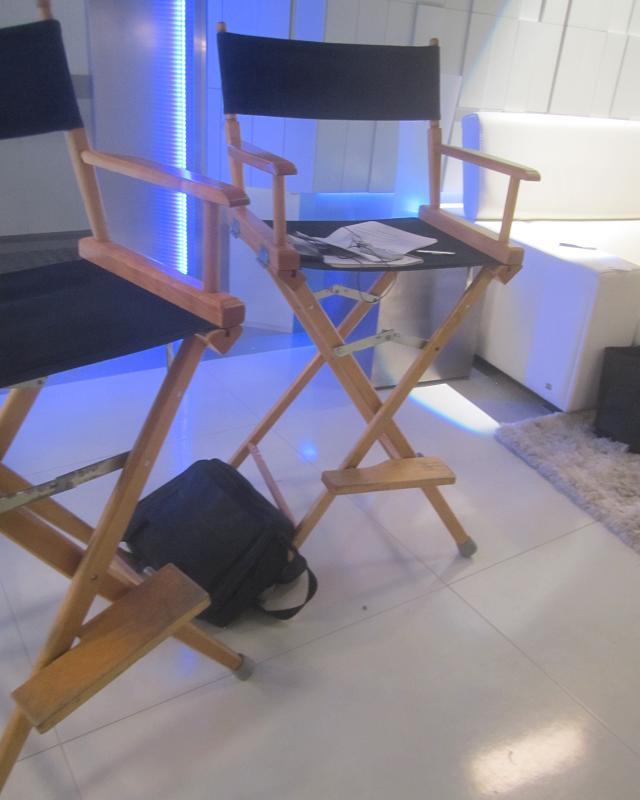 Hello Eureka fans, Welcome back to the second part of Eureka, A Celebration of Excellence. Once again I would like to thank everyone of the cast and creators of Eureka who made this special report possible. Thanks also to Kenn and Patricia of WormholeRiders News Agency for the privilege in …Read the Rest

Eureka: Double Take or Is That You?

It is almost over Eureka fans *sniff*, Only one more episode to go, but boy oh boy have we been treated to a wild and wonderful ride! So,  Dr Holly Marten (Felicia Day) is making body Planks. And what up with that? From sweet to scary! Then Dr Holly Marten …Read the Rest

Eureka: A Celebration Of Excellence – Part One

Hello Eureka fans, Many of you know me from Gateworld where the focus is on Stargate. First, I would like to thank every one of the cast, crew and creators of Eureka who made this special report possible. Many thanks also to Kenn and Patricia of WormholeRiders News Agency for …Read the Rest

Eureka: “Mirror, Mirror” or “How a Sun Visor Contributed to a Coup.”

It is just another day in Eureka… Any time there is an episode with the word ‘mirror’ in the title, most people, (well, okay, maybe half of the audience), will immediately start thinking of the metaphorical symbolism. Even though we may not fully understand it all, we are inexplicably drawn …Read the Rest

Eureka: The Honeymooners “The Reversal of Fortune”

Welcome back Eureka fans! This episode is called “The Honeymooners”. It was produced by Colin Ferguson, directed by Joe Morton and written by Eric Tuchman. There are big surprises afoot with this episode. Poor Allison Blake (Salli Richardson Whitfield)  does not get the honeymoon she envisioned, Holly (Felicia Day) gets …Read the Rest

Powerful Mondays are Right! Last week we witnessed Allison (Salli Richardson-Whitfield) and Carter (Colin Ferguson) being married under water – never mind that Carter had planned an elaborately catered dinner for Allison in the submersible. Things did not turn out as planned…..but, wedding bells have rung bringing us right into …Read the Rest

Eureka: “In Too Deep” or “Feinman’s Day Should Be Abolished!”

Welcom back Eureka fans! This week in a little town called Eureka… So, while I know that Syfy’s Eureka does not end for another few weeks, (on a day that will be dark and sad for all, I am sure), did Monday’s last episode feel like a rehearsal or was …Read the Rest

Eureka: Ex-Machina “The Virtual Return of Holly Marten to Fargo!”

Welcome back Eureka fans! This episode is called “Ex-Machina” written by Andrew Cosby, Amy Berg, and Jamie Paglia. The episode begins with Jo Lupo (Erica Cerra) working overtime to ensure that Holly Marten’s (Felicia Day) funeral/memorial goes off without a hitch. After all, this ceremony is for Fargo (Neil Grayston), …Read the Rest