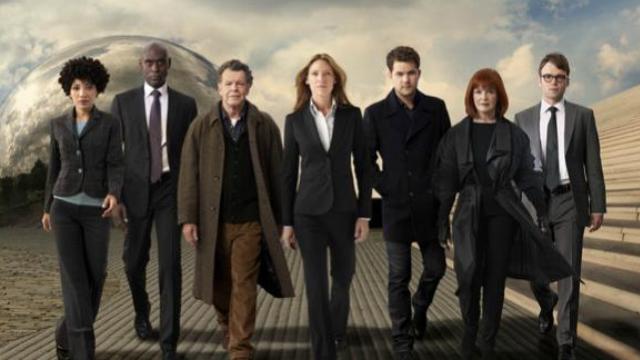 We have been waiting SO long for an episode like “Making Angles”. Now, after four seasons, we finally get to discover more about our beloved little Astro… Asprin? Asterisks? I mean… ASTRID!

Before continuing we include the next epic episode promotional trailers for “Welcome To Westfield” courtesy of FOX Broadcasting for your enjoyment.

In “Making Angels” Agent Astrid Farnsworth (Jasika Nicole) finally gets to meet Alt-Astrid, and what an adorable meeting it was! 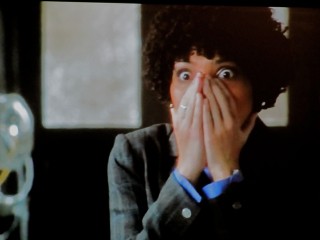 Seriously, how cute was it when Astrid let out that tiny high-pitched shriek upon seeing her doppelganger?

This prompted Olivia to ask, “Why don’t more people do that?” which is a question many of us have wondered about while watching members of the Fringe team meet their doubles.

It is quickly revealed that Alt-Astrid is grieving from the recent death of her father and she feels that only person she can talk to is her alternate self.

She believes her father and her were never close due to her having an autism spectrum disorder, which makes it harder for her to relate to other people as intimately as she does with patterns or mathematical modeling. 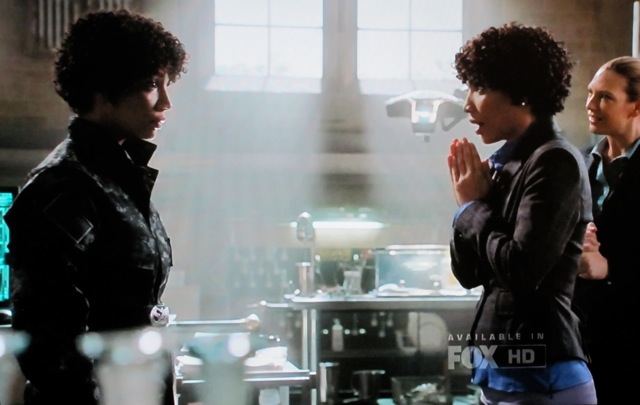 Jasika Nicole does an amazing job in both roles. When Alt-Astrid gives that monotone speech about not knowing where to go after the funeral while 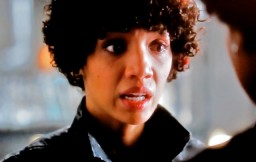 never quite making eye contact with anyone, my heart hurt a little. The prime universe Astrid is SO empathetic toward her alternate. She takes her by the hands and comforts her with ease.

These two have none of the awkwardness between them that you usually feel when doubles meet one another. It is touching and very sweet. In order to comfort Alt-Astrid, the prime universe Astrid lies and says her relationship with her own father is similar to the one that Alt-Astrid had.

We find out that this is TOTALLY not true when we see Astrid meet up with her dad (Blu Mankuma) for dinner and the two embrace and say, “I love you”. I wish that the entire episode would have been based around the two Astrid’s and their interactions with one another and the Fringe teams from both universes. 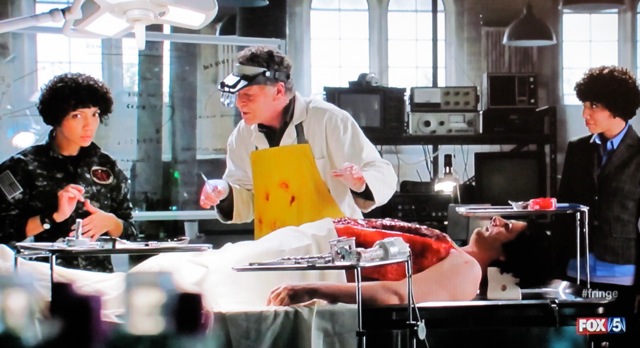 The way each Astrid interacts with Walter (John Noble) is fantastic. Alt-Astrid quickly sees that Astrid is both Walter’s anchor to the real world and his voice to the rest of the team. I love that Alt-Astrid immediately corrected Walter when he called her the wrong name. Walter becomes very found of her as the episode continues and it seems that they have a bond through their mutual “non-normalness”.  Adorably, Walter says of Alt-Astrid, “I think I love her” and she even allows him to hug her. 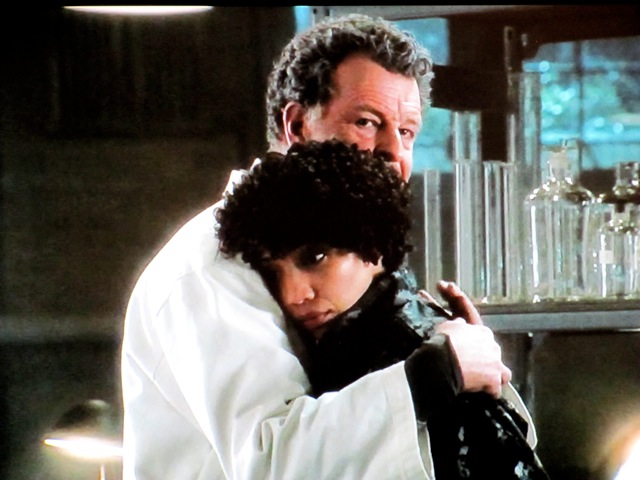 In the meantime, Walter has finally agreed to help Peter (Joshua Jackson) try and return to his own timeline. Unfortunately for Peter, Walter acts like a petulant child instead of actually helping. He says he miss Lincoln (Seth Gabel), wants to play chess, and wants to make eggs. Why is he acting that way? He never seemed to want Peter around before; you would think he’d jump at the chance to be rid of him. 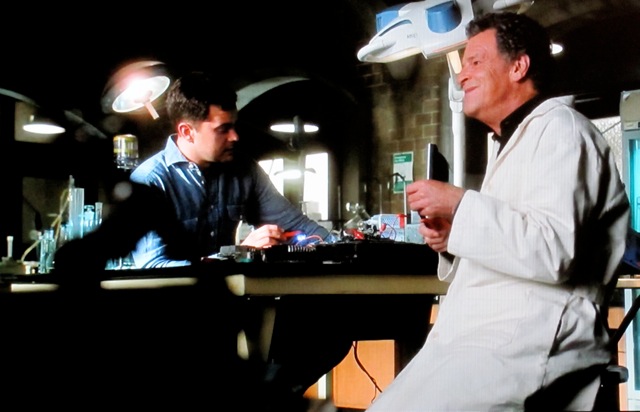 Later, Walter starts to feel a bit expendable when Peter takes point at the crime scene. Alt-Astrid asks “Does he always do all the jobs?” and you can see that Walter is 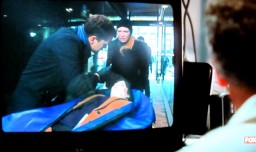 This even leads to Walter asking Peter to do mundane jobs to get him out of the way. What is going on in Walter’s head? In the end, Alt-Astrid gives him a lecture on emotions and accepting Peter as a son even if he’s not “technically” his.

After discovering that Alt-Astrid has crossed over through the Machine Room bridge, Colonel Broyles (Lance Reddick) sends Alt-Liv (Anna Torv) to retrieve their Astrid.

This leads to some pretty awesome interactions between Walter and Alt-Liv. Walter, who refers to Alt-Liv as “the viper”, is furious about the idea of her returning to the lab. 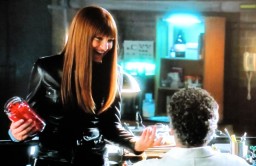 He calls her Mata Hari when she arrives and is clearly uncomfortable with her being there.

What is really odd is that he kept a box of her stuff all this time to give back to her. Their interactions are funny and curious. Why is he SO angry with her in this timeline without Peter? The two Olivia’s are not super best friends in this version of the universe but without Peter between them they deal with each other much better.

What went down in this timeline between Alt-Liv and Walter sans Peter to make him feel so betrayed by her? Does he feel guilt for not figuring out she wasn’t his Olivia right away? I personally cannot stand the smug look that Alt-Liv has on her face all the time but when she was interacting with Walter this time around I thought it was kind of funny. Before Alt-Liv leaves, they come to some kind of truce through mints and Red Vines so whatever Walter was so livid about before couldn’t have been SO bad, right? 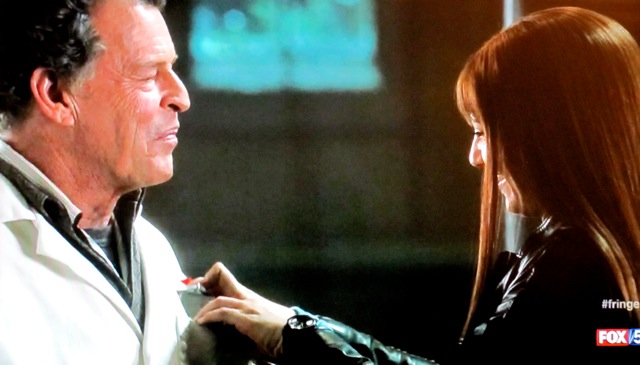 The “bad guy” in this episode is a former MIT mathematics professor named Neil (Chin Han) who currently works as a TSA agent. Neil has recently been 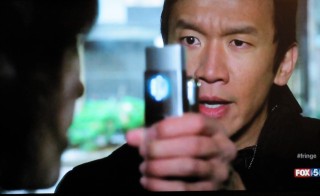 rolling around town killing people using a painless death-causing aerosol spray, which contains a poison that according to Walter and Alt-Astrid could not have been developed by technology in either universe.

Neil does not believe that he is murdering these people but rather he is saving them or their loved ones from future misery. Alt-Astrid is the one who makes the connection between Neil and his victims. All the victims traveled at the airport where Neil is a TSA agent and interacted with him there.

A former MIT colleague tells Olivia and Peter that Neil became obsessed with a series of “high-level” equations after spending some time at this lake house and his obsession lead to him leaving his position at MIT. Guess where the lake house is? REIDEN LAKE! 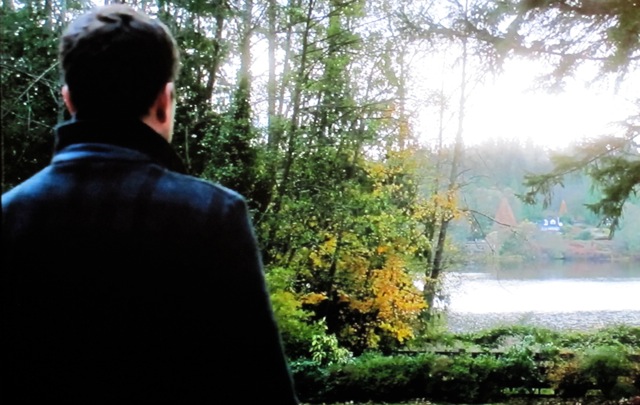 The same lake where, in this timeline, Walter tried to bring back the Peter from the parallel universe in 1985 only to have him drown. Neil found a blue 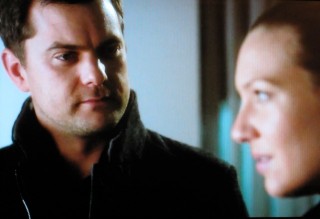 glow stick at the lake which he’s now using to see the past/present/future at the same time (just like those pale little bald guys we used to know).

Neil believes that God gave him the glow stick so he could give mercy to others. He has been searching his whole life to be special after he survived a childhood car accident that claimed the life of his brother and father and he heard his mom say that God took the wrong son. Once Olivia and Peter find him, he shoots near Olivia to force her to shoot and kill him. Olivia surmises that he purposely wanted to be killed by her since he couldn’t commit suicide and still “become an angel”. 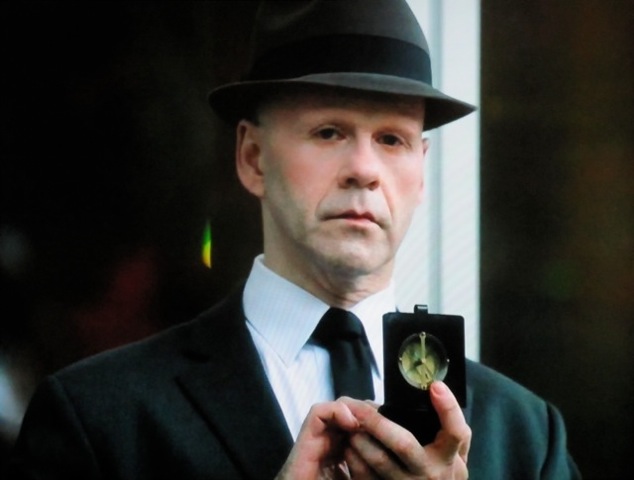 What’s up with the observers right now? Did you see that one walk through the glass and the wall? Was he coming in from another universe (he seemed to fade into existence)? In the last scene of the 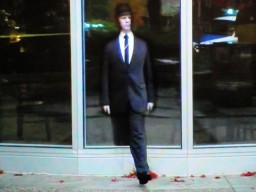 It seems they JUST figured out that Peter is around and that September disobeyed December. Really? They are just NOW figuring that out? A bit slow, don’t ya think; Peter’s been back for weeks! What took them so long?

Does this mean that the other observers are going to try and erase Peter from existence again? How would this affect this reality? What will happen to this timeline? Is this timeline going to merge with Peter’s reality? Will we reboot? Will it just go away and we’ll return to the original timeline? Hope we find out soon. 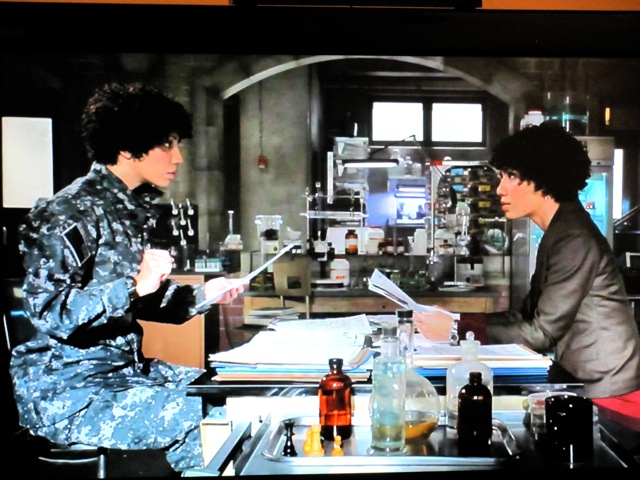 The twinning in this episode turned out absolutely seamless. The best part is when the two Astrids seemed to physically touch one another. Congratulations to Jasika Nicole, Charles Beeson, Fringe camera operators, and VFX team for on a job well done. 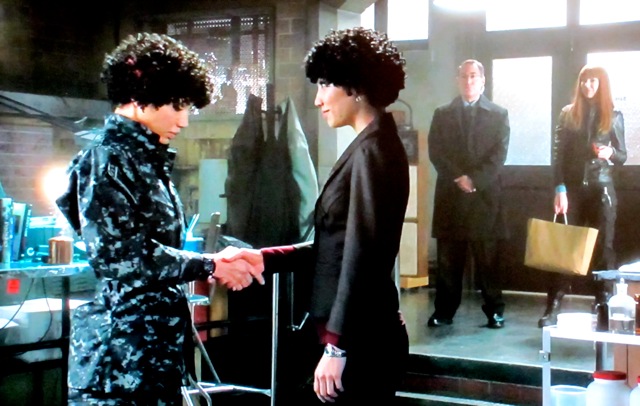 We hope you have enjoyed this article. As always we thank you for visiting WormholeRiders News Agency. 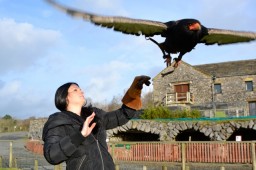