Falling Skies: Strange Brew, Even Stranger Let’s “Kill What’s Inside of You!”

Welcome back Falling Skies freedom fighters! In an episode written by: John Wirth and directed By: David Solomon, we learn more about all us having nightmares. Many of us often have such vivid experiences, that, upon waking, it is hard to tell the reality from the dream. The mind must clear itself of the fog of the dream before we can determine fully what is real and what is fantasy. …Read the Rest

Falling Skies: Be Silent and Come Out, You Are Running Out Of Ammo!

Welcome back Falling Skies fans, This episode, “Be Silent and Come Out”, was strangely named. Although it does allude to the story line, it seemed clumsy to me. Please, writers, do not get lazy. That is often the death of a series. Tom Mason (Noah Wyle) is back on his feet and mad as hell. His focus is to get Anne (Moon Bloodgood) and the baby back. Naturally, Karen (Jessie …Read the Rest

Falling Skies: At All Costs is the Depths of Deception!

Welcome back Falling Skies freedom fighters! Episode four opens on the battle that was anticipated in episode three. Instead of everyone assuming this could be their end, they, instead, have a brief meeting with President Tom Mason (Noah Wyle), General Bressler (Matt Frewer), Colonel Weaver (Will Patton) and another officer we have not seen yet in Season 3, Colonley. Porter (Dale Dye). He is identified only as Porter, in this …Read the Rest

Welcome back Falling Skies freedom fighters! Matt (Maxim Knight) is the battery delivery service in this episode. He is making sure that everyone’s Walkie Talkies are working by delivering fresh batteries to the troops in the outlying regions of Charleston that setups up the entire episoe. We also enjoyed the great song by The Wailing Jennys “One Voice” featured during the ending montage. We include a live performance of “One …Read the Rest

Falling Skies: “The Price of Greatness” A Lesson for The Masses!

Welcome back Falling Skies fans!  As the Second Mass arrives in Charleston to an underground community, they are surprised to receive a standing ovation. Overwhelmed, the group look completely stunned by the response. Unfortunately, their positive reputation will not last long! The Price of Greatness: Captain Weaver (Will Patton) discovers that his daughter, Jeannie, is already there. He is delighted and relieved to see her. She is pleased to see …Read the Rest

Falling Skies: Homecoming, But For Whom and Did the Bell Toll?

Welcome back Falling Skies fans, As I write my analysis of this exciting episode, our news teams are deployed covering Falling Skies in San Diego at Comic-Con for you! I wish we all could go to San Diego for SDCC, but fear not, exclusive interviews are coming to you in our next post from Team WHR! In the meantime some of us had to “mind the store”, but with a …Read the Rest

Falling Skies: Why Is It So Popular As the Wormhole Turns?

Hey Falling Skies fans!  Falling Skies, an apocalyptic science fiction drama from Dreamworks Studios, is entering its second season on TNT. It stars Noah Wyle as a father of three sons doing his best to keep them alive and fighting back against an alien invasion force. As a teacher of American History, Tom Mason (Wyle’s character) knows all about resistance against a superior enemy invasion force. He uses examples from …Read the Rest

Falling Skies Season Two Premiere: “Shall We Gather At The River” or Not?

Welcome back Falling Skies fans! “One day he was there, the next, gone.” Dr. Anne Glass (Moon Bloodgood) speaks regretfully as she speaks of Rick and all the people that have been lost from the 2nd Massachusetts, their little resistance army, holding out against the superior forces of the ruthless alien invasion.   WARNING: FULL REVIEW AHEAD (Spoilers): Shall We Gather at the River: We learn that Rick (Daniyah Ysrayl), …Read the Rest 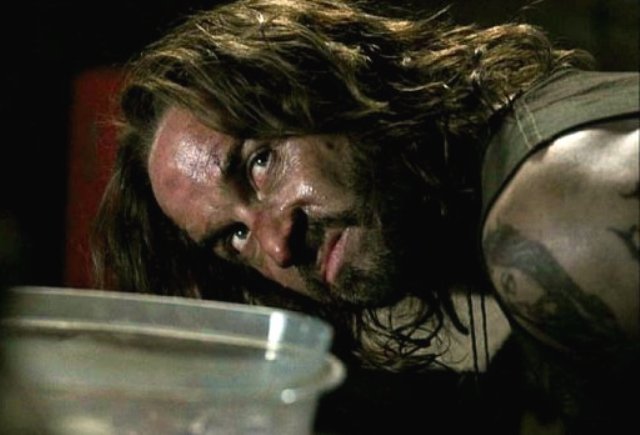