The Vampire Diaries: “The Departed” Deals A Blow To Mystic Falls!

The Vampire Diaries: Break On Through Sets Path to The Murder of One!

Welcome back fans of The Vampire Diaries! This weeks episode titled “Break On Through” was so exciting and sexy! I can never see enough of Damon Salvatore (Ian Somerhalder). Only one word sums him up, hot!   Last weeks episode titled “1912” took us back to Stefan Salvatore’s and Damon’s past. We were introduced to a new character named Sage, played by the very talented Cassidy Freeman from Smallville. Sage …Read the Rest

The Vampire Diaries: “Bringing Out The Dead” Means Life For Some, Death For Others!

Welcome back fans of The Vampire Diaries!   This week’s episode “Bringing Out The Dead” was super exciting for me!  I have so much to go over about the Mikaelsen family.  Never a dull moment in the lives of the Mikaelsen siblings.  Matt Donovan (Zach Roerig) returned this episode and Carolyn Forbes (Candice Accola) had to say goodbye to her father.  It was full of sad moments, touching moments and …Read the Rest

The Vampire Diaries: Season Two and The Cursed Doppelganger! 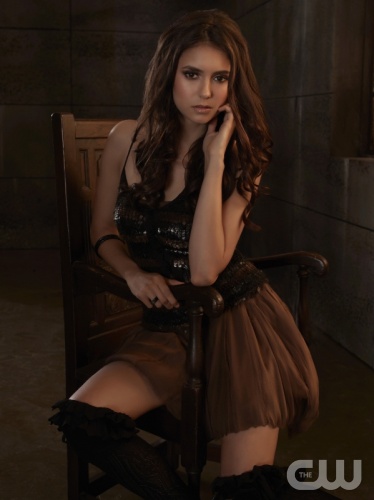 Hello, The Vampire Diaries fans! Season two starts right where we were left in season one finale, Catherine Pierce (Nina Dobrev) pretended to be Elena Gilbert also portrayed by Nina Dobrev who attacked Uncle John (David Anders). Did you guys love that scene as much as I did? For a moment, I really thought he would die right then and there. I really wished that it had happened! Later on …Read the Rest