Alex Zahara: An In-Depth Interview with One of Vancouver Canada’s Most Versatile Talents! 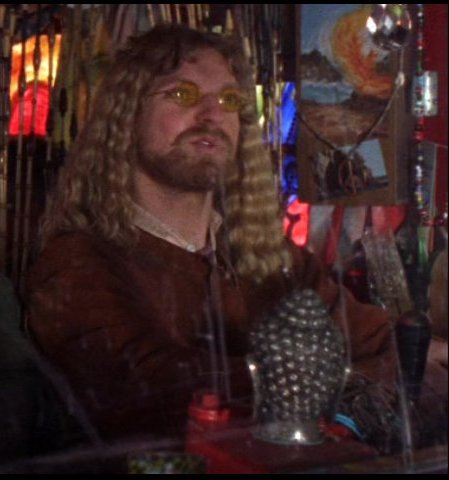 Hello Alex Zahara fans, We have a real treat for you in none other that a 90 minute interview with one of our favorite actors Mr. Alex Zahara! Often referred to as the science fiction actor “you never knew”, Alex is a Canadian actor who has appeared in many famous …Read the Rest

Welcome back movie, television and Gina Holden fans! In the afternoon of Monday June 27, 2011 WormholeRiders News Agency had the pleasure and great honor to interview Ms. Gina Holden of Vancouver British Columbia, Hollywood, and her second home in Los Angeles California. While Ms. Holden’s home base is in …Read the Rest

Stargate Liquidation: Where Are We Going, Where Have We Been? Saying Goodbye and Looking Forward!

What we call the beginning is often the end. And to make an end is to make a beginning. The end is where we start from. ~T. S. Eliot Hello again Stargate fans, Since the announcement of Stargate Universe’s cancellation some months ago, emotions have been running high. Well, maybe …Read the Rest

Hello Stargate Fans, A sad day for all of us is about to occur. This weekend at The Bridge Studios in Vancouver, British Columbia the Stargate may be dialing its last gate address and close for a final time, ending over 14 years of entertainment from the much loved franchise. …Read the Rest

Hello Stargate Fans, It is with great sadness to bring you this news: After 15 episodic years, 3 series and 3 movies that WormholeRiders News Agency will be covering live at the Stargate liquidation by Maynards Auctioneers in which everything we all know about all three franchise series will be …Read the Rest

Greetings Sci Fi Fans! It is hard to believe that the last new episode of any Stargate flavor will air so soon, at least for the foreseeable future, and I am personally very nervous about how Stargate Universe will end. Our beloved SG-1 and SGA each had the luxury of …Read the Rest

Hello once again Stargate fans, The latest episodes of Stargate Universe were once again a delightful experience for the supporters of the current incarnations of Stargate by a large portion of the fandom in the United States and an overwhelming majority in Canada, Australia, the United Kingdom and Europe as …Read the Rest

Heya my fellow Stargate Universe fans. Welcome back to yet another awesome episode of this fantastic series, Stargate Universe. Okay, when I was told that this was the best Varro (Mike Dopud) episode to date. I simply HAD to request that I write this review. Though I am not writing …Read the Rest

Stargate NOT Over: But The End of An Era – Brad Wright’s Panel at Creation Entertainment Vancouver

Hello Stargate Fans! I had the opportunity to attend Creation Entertainment’s official Vancouver Stargate Convention. I would like to thank the great people on the Creation Entertainment team for allowing me to provide coverage of the convention for WormholeRiders News Agency. On Sunday April 17, 2011 one of the masterminds …Read the Rest

SciFi On The Rock 5: WormholeRiders Land on the Rock with the Heroes of the Day!

Greetings Stargate, Star Trek and Science Fiction convention fans, It is true! Convention season is in full swing because today April 15, 2011 SciFi on the Rock begins holding their fifth yearly science fiction convention in St. Johns Newfoundland! Known by many on Twitter with the hashtag #SFOTR, On April …Read the Rest

Hello once again Stargate fans, This has been the most anticipated episode of Stargate Universe ever since I saw the preview over a week ago. Although, I have known about this episode for some time now, I put in my request that I write on this one. As I am …Read the Rest

Hello again Stargate Fans, Episode 14 of season 2 of Stargate Universe, entitled Hope, aired this Monday evening March 28, 2011 on SyFy, and Tuesday night March 29, 2011 for those of us in Canada who are cursed with having to wait an extra day until we get to see …Read the Rest

Hello once again Stargate fans, SPOILER ALERT: Tonight on Syfy is airing a powerfully explosive episode on your screens this week with a hint of the future in the next episode of Stargate Universe. “Alliances” is the episode as the series which continues the epic saga of the Destiny and …Read the Rest

Welcome back Stargate Universe fans!!! Wow, this has been a while since I have written a review for Stargate Universe. Did you miss me? I know that last review I wrote was way back when with the season one tenth episode “Space”. That was a great experience for me as …Read the Rest

Stargate Universe: Deliverance with Full Episode – The Fate of the Stargate Franchise!

Hello once again Stargate fans, With all our thanks to Syfy for airing the last ten episodes of Stargate Universe, the series returned for its apparently last blast of Destiny. Episode 11 of the second season of Stargate Universe “Deliverance” aired Monday March 07, 2011 with epic special effect sequences …Read the Rest

Hello once again convention and Star Trek Fans! As you may be aware 2011 is the 45th anniversary of a television program that virtually set the foundation of television science fiction! Starting it all in 1966 I was a mere ten years old at the time and still clearly remember …Read the Rest